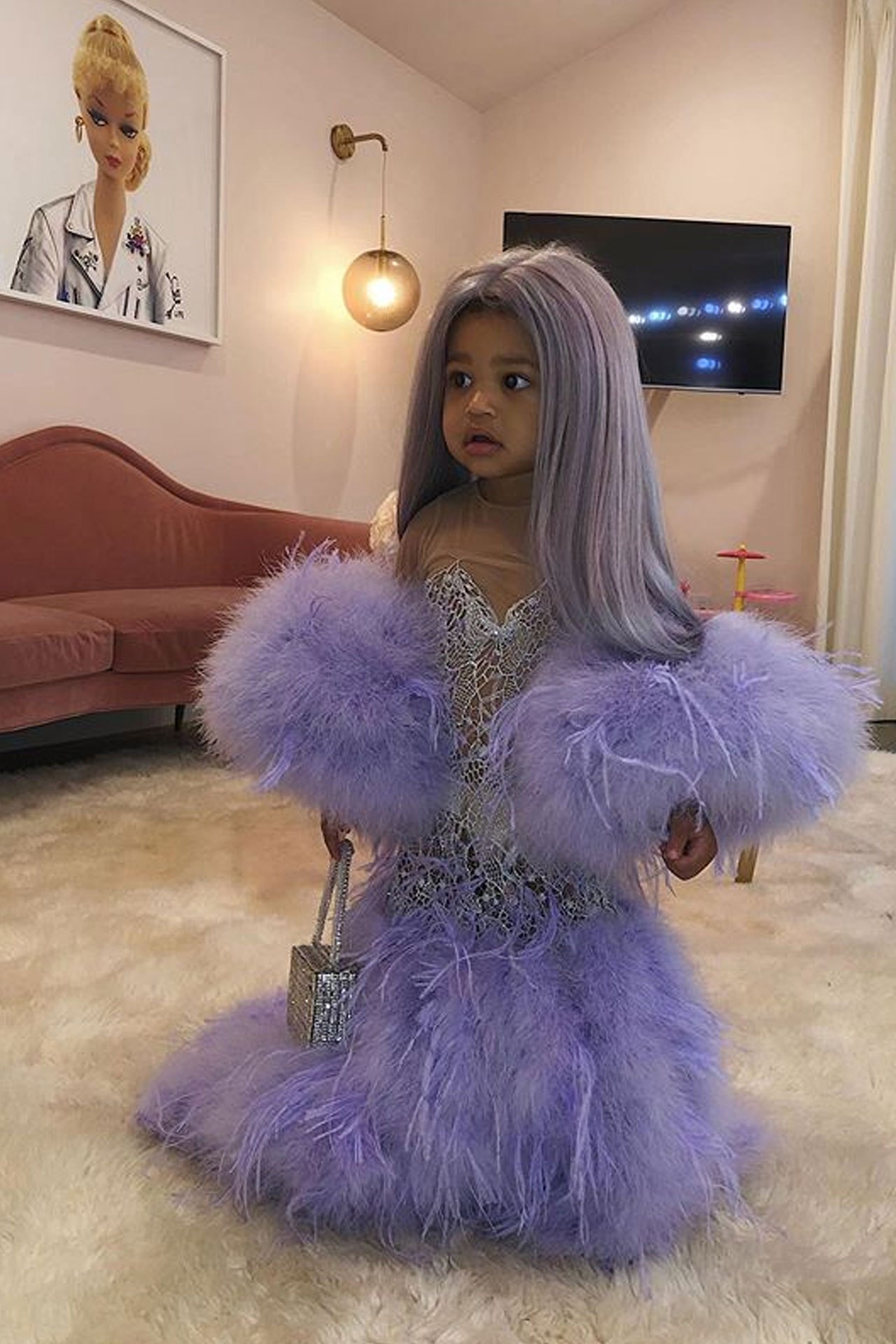 As Halloween celebrations ramp up for yet another year, it’s custom for celebrities to come out in their dozens dressed in their spooky season best. And while it’s these famous figures that have long been known for turning out spooky, sensual and downright strange costumes, it looks as though their kids may soon take out the title of best dressed.

As October 31 draws closer and closer, Hollywood’s next generation have started to emerge in their Halloween costume offerings—bringing to the day a level of cuteness that will never be matched by their parental counterparts.

Kylie Jenner’s daughter, Stormi Webster, recreated her mother’s 2019 Met Gala look wearing a mini-me version of the violet Atelier Versace feathered gown she wore as she traversed its iconic steps—and, of course, the purple wig and voluminous sleeves made an appearance too.

And, in another instance of mother-daughter dressing, actress Gabrielle Union dressed her daughter, Kaavia, up as an honourary Clovers cheerleader, with Union herself slipping into her own uniform to reassume her role as Isis from cult ‘00s film, Bring It On.

We’ve even seen a tribute to one of this year’s most talked about pop culture moments, with child-sized imitators of Justin and Hailey Bieber recreating their black and white wedding photographs, complete with a mini tuxedo and a riff on the bride’s custom Off-White cathedral veil which read “Till death do us part” on its hem.

And of course, the unrivalled champion of Halloween looks, Luna Legend—daughter of Chrissy Teigen and John Legend—added to her streak of standout All Hallows’ Eve looks this year with a Wonder Woman costume.

To see our round-up of the most adorable celebrity kids’ Halloween costumes from 2019, scroll on.

Pictured above: Stormi Webster dressed as her mother, Kylie Jenner, at the 2019 Met Gala

How Do I Become a Motivational Speaker?

All the ways journaling during quarantine can help your mental health, according to experts