Caroline de Maigret, Soo Joo Park, Amanda Sanchez, Ola Rudnicka and Tami Williams star as the chicest train travellers we ever did see in Chanel’s new resort 2020 campaign. Making its runway debut during Paris Fashion Week in May earlier this year, the heritage fashion house took direct inspiration from its elaborate Le Riviera set—which itself evoked a take on a pre-war Le Train Bleu at Paris’s Gare de Lyon—for the quick-cut capturing of what train travel could be in the modern day. Between the stylish wears of each passenger, and the opulence of vintage train carriages, we dream of a day that our train commute reaches this level of elegance. [Vogue inbox]

Tiffany & Co. recently re-opened the doors of its Chadstone boutique after a major redesign. Ideated by the luxury jewellery house’s artistic director, Reed Krakoff, the spacious new store within the prestigious Melbourne shopping district brings a sleek and modern aesthetic never before seen in Australian stores. With a more flexible store layout and a more immersive shopping experience on offer, the new store sees the reduction of barriers between clients and sales professionals and better accessibility to view new designs as the brand makes a move away from a permissions-based shopping experience. [Vogue inbox]

Mulberry recently partnered up with Swedish label Acne Studios to design a capsule collection which brings together the best of Johnny Coca and John Johansson’s respective creative worlds. Consisting entirely of leather goods, with Mulberry bringing its bag-making expertise, and Acne Studios putting its signature spin on each item with a folded bow placed at the centre, the collection will be launching on November 5 at Mulberry’s QVB store in Sydney and it’s Emporium store in Melbourne. [Vogue inbox]

Helping us get into the festive season spirit, Coach has released its 2019 holiday campaign titled Wonder For All. Featuring appearances from Yara Shahidi, Kate Moss, Megan Thee Stallion, Spike and Tonya Lee, Fernanda Ly, and Miles Heizer, the campaign captured by Jurgen Teller presents a playful take on the holidays, painting the period to be one of inclusivity, optimism and authenticity. In addition to the imagery, a series of short films written and directed by Bunny Kinney—which also star Cami Morrone and Ben Sinclair—bring an element of spontaneity and fun to an already joyful campaign and merry time of year. [Vogue inbox] 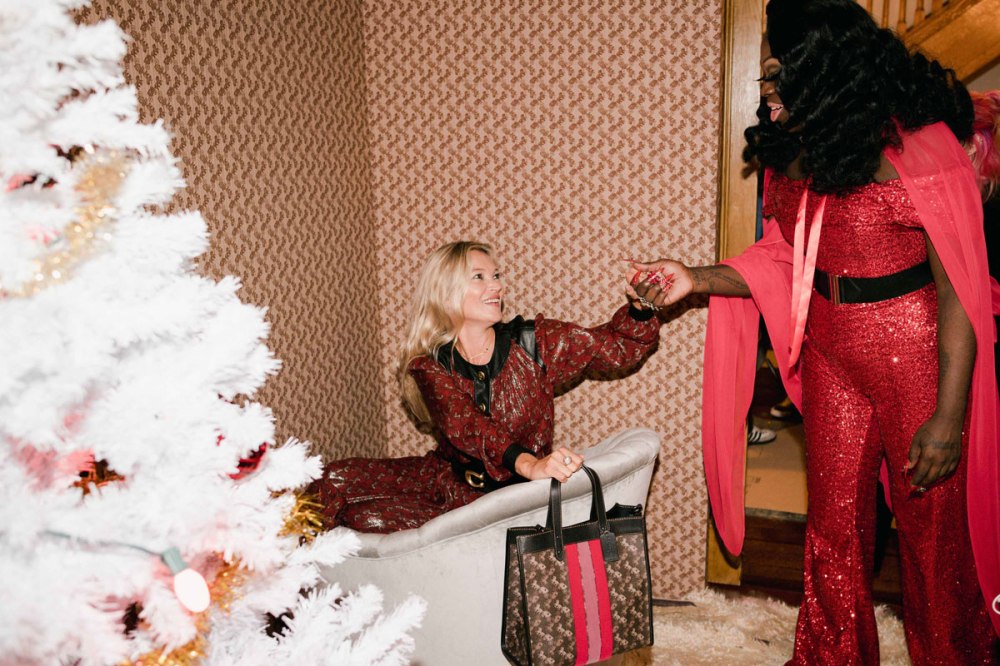 Australian label Jac+ Jack is celebrating its 15th anniversary this year and is marking the milestone with a big move towards being a more sustainable brand. Its first act is the release of a new, more eco-conscious iteration of its classic Hero T-shirt in a natural colourway—one which is unbleached, undyed, and represents cotton as it comes out of the ground. [Vogue inbox]

On November 7, Moncler unveiled its House of Genius concept stores in three locations across the globe: Paris, Milan and Tokyo. Serving not only as a retail space housing each of the brand’s Genius releases, these pop-ups will host a series of live events and create sessions, transforming each location into an immersive hub of creativity, learning and cultural exchange. The House of Genius pop-ups will be open to the public from November 8 until January 2020. [Vogue inbox]

Continuing its commitment to supporting local communities, Australian brand Assembly the Label has recently launched its latest charitable initiative in benefit of The Smith Family. Throughout the months of November and December, the brand will not only be hosting a toy and book gifting drive throughout its 12 stores nationally from November 21 to December 5, it will also donate $30,000 worth of proceeds to the charity, raising funds through a curated clothing edit on its site. The edit will be live over the Black Friday and Cyber Monday promotional period (November 29 to December 2). [Vogue inbox]

Gorman has collaborated with Handpicked Wines to release its take on a tasty summertime rosѐ, named Handpicked x Gorman. Made from young pinot noir fruit picked from the label’s award-winning Yarra Valley vineyard, the fashion label put its inherently eclectic spin on the bottle’s label, using its most recent collection, Mediterranean Magnifica, as inspiration. With imagery of a classic Southern European sojourn wrapping around the bottle and fresh fruity notes, look no further for your go-to warm weather drop. [Vogue Inbox]

5 of My Favorite Transitional Outfits for Spring, Paired with Denim Shorts

Jenny Slate has a new movie out this summer—but she’d rather talk about defunding...