Xiamen, located on the southeastern coast of China, is known as “a garden on the ocean”. The city bears elements of Minnan (southern Fujian province) and Western culture and is home to many overseas returnees to China, which endow it with a unique atmosphere, landscapes, and history. 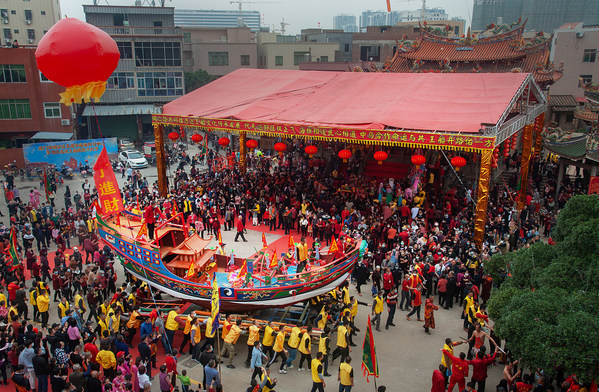 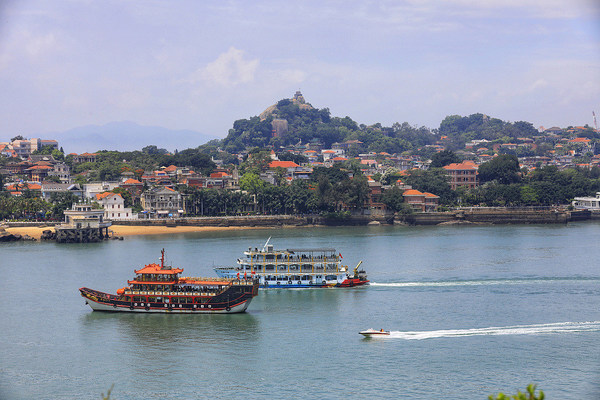 Gulangyu Island in Siming district of Xiamen has been listed as a UNESCO World Heritage site since 2017.

Traditional handicrafts, such as bead embroidery and lacquer thread sculptures, have been passed down from ancient times, while folk customs like Bobing Game and the Wangchuan ceremony evoke the historical memory of ancestors and reshape social connections when celebrating big moments or confronted with emergencies.

At the same time, historical buildings across the city, such as those on Gulangyu Island and Zhongshan Road, represent a variety of local and international architectural styles and enable the city to embody China’s spirit of openness and inclusiveness.

Gulangyu Island, known in the local dialect as Kulangsu, is commonly mentioned when people talk about Xiamen.

A quiet and beautiful islet in the southwestern corner of Xiamen Island, Gulangyu has witnessed clashes of culture and integration between the East and West since Xiamen first opened to foreign trade in 1844.

A total of 931 historical buildings, along with a variety of local and international architectural styles, natural scenery, historic roads, and gardens turned the 1.83-square-kilometer space into a “World Building Expo”.

Many historical relics and natural scenic spots are still well-preserved on the island, making it an exceptional example of flourishing cultural fusion.

Being at the center of Sino-foreign exchange activities since the beginning of the 20th century, Gulangyu is not only a world heritage site, but also an urban community shaped by people who have lived there for generations, said Shahbaz Khan, director of the UNESCO Cluster Office in Beijing.

He made the remarks at the China-France Dialogue: Mutual Learning Between Chinese and French Civilizations – Protection, Inheritance and Utilization of Gulangyu, which was held on the island in April. He added that the island has witnessed the endeavors and pursuit people have made across time and space.

There is no doubt that becoming a world heritage site can enhance a region’s reputation and boost the local tourism industry. But for the readily notable Gulangyu, better protection and sustainable development are the primary goals.

In 2013, the Xiamen authority launched a comprehensive restoration of Gulangyu Island, including limiting the number of tourists, promoting garbage sorting, restoring buildings, and standardizing business operations.

In 2014, an island-wide museum plan was launched, with a number of dilapidated houses, hospitals, private houses, and other historical sites being restored and fully used to demonstrate the island’s stories.

At the same time, a healthy mechanism for heritage protection and management was established and a series of protection measures were introduced to ensure the sustainable development of the island.

Xiamen was recognized as a provincial-level historically and culturally eminent city in November 2020.

When preparing for the application, the local government was still working to further improve their cultural and natural heritage protection techniques, said Ke Yuzong, director of the city’s bureau of natural resources and planning.

The city also played an active role in obtaining UNESCO intangible cultural heritage status for the Wangchuan ceremony, which is the first item to be jointly applied by China and a country (Malaysia) along the Maritime Silk Road.

In June 2020, Xiamen carried out a measure on the protection and development of Minnan culture, which is the first regulation directed at local cultural protection in China.

Ke stressed that Xiamen will continue optimizing its efforts to protect its historical and cultural heritage and seeking tailored solutions to better use these resources.

North West wore a $51,426 Dior bag while on holiday in Japan

This is everything happening at Victoria’s Secret