LONDON, Aug. 3, 2021 /PRNewswire/ — 50 Best will launch the highly anticipated Middle East & North Africa’s 50 Best Restaurants, sponsored by S.Pellegrino and Acqua Panna, with the awards held in Abu Dhabi in February 2022. The event will shine a much-deserved spotlight on the region as a world-class culinary destination. 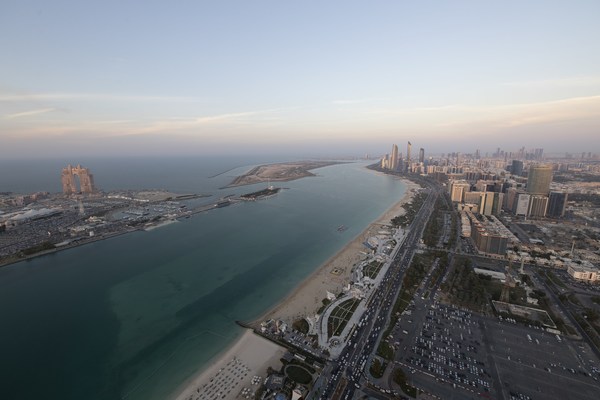 The event programme will be hosted in the UAE capital in partnership with Abu Dhabi Department of Culture & Tourism from 4th–11th February, with the gala awards ceremony taking place on 7th February. The inaugural list of Middle East & North Africa’s 50 Best Restaurants will be revealed in a live countdown, along with a series of special awards. The ranking will reflect the best restaurant experiences collated from more than 250 voters, made up of anonymous restaurant experts from 19 countries across the region.

William Drew, Director of Content for 50 Best, says: “We couldn’t be more excited to launch our new regional restaurant awards programme for the Middle East & North Africa with the backing of our host destination partner, Abu Dhabi Department of Culture & Tourism. The diversity of cuisines and restaurants across this wide region will ensure this new list is a vital addition to the international gastronomic landscape. We are delighted that Abu Dhabi will be playing host to the awards ceremony, as the UAE capital has been establishing itself as a culinary force over recent years.”

This launch marks a critical step in 50 Best’s continuous drive to inspire people to travel, explore and seek out new culinary adventures, putting the spotlight on up-and-coming chefs and food trends, and showcasing the subtlety and complexity of various cuisines from around the world. Key events in the Abu Dhabi programme, including collaborative dinners and a series of live Chef Masterclasses, will be open to food-loving consumers on a ticketed basis.

How to Find Presence in 5 Simple Steps

How to Make Time for Creativity

Watch all the major fashion shows live from spring/summer 2020