NAYPYITAW, Myanmar, Aug. 3, 2021 /PRNewswire/ — Following the narration of U Naing Wynn, we can understand this period of history in the video produced by Myanmar Chan You Film.

Connected by mountains and rivers, Myanmar and China are neighbors sharing a longstanding “pauk-phaw” friendship. Since the establishment of diplomatic ties 71 years ago, the relations between the two countries have withstood the test of the wind and rain and have been further cemented.

Myanmar and China ties began in ancient times. In the heyday of China’s Tang Dynasty in the early 9th century, a troupe of dancers and musicians of Myanmar’s Pyu Dynasty visited Luoyang, the capital of China.

Close cooperation and significant development of relations have been witnessed in the areas of politics, economics, social interactions, culture, education and people-to-people exchanges.

In terms of economy, China has been exporting chinaware, textiles and tea to Myanmar. Similarly, many Buddhist status and other special products of Myanmar can be seen in Chinese temples.

Both Myanmar and China are multi-ethnic countries. The ethnic group cultures of two countries have similarities in their diet and living habits. People on the border from both sides enjoy a time-honored friendship for thousands of years.

The religious exchanges between two countries are relatively active. Boddha tooth relic of China is invited to Myanmar 4 times. The friendship of two countries is relatively deep. In White Horse Temple, there is a pagoda similar to the Shwetagon Pagoda built in 2014. Scolars and monks from two countries have also exchanged visits.

Seven decades ago, Myanmar and China ties reached another level in 1950 on which date they established diplomatic relations. And Myanmar is the first non-Communist country to recognize the founding of China. Between leaders of the two countries, there is a tradition of paying high-level mutual visits.

Cultural and personal exchanges are also active. Around the millennium, an amount of Myanmar people learn Chinese. Meanwhile, the number of overseas students in Myanmar has been inceasing. Myanmar and China also have many records in sports and cultural exchanges. In 1975, the Myanmar Speak takraw team went to Beijing to perform Myanmar national sport, sepak takraw, for the audience. From then on, people in China began to know and play sepak takraw.

China attaches great importance to China–Myanmar relations and is willing to uphold the “Pauk-Phaw” friendship. 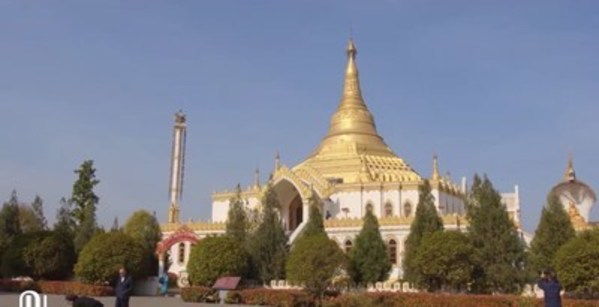 Pagodas donated by Myanmar in China

7 Secret Benefits of an Afternoon Nap