SEOUL, South Korea, Aug. 31, 2021 /PRNewswire/ — Uncover the magic of play with Australia’s number one children’s programme Bluey, as it sets to make its free-to-air debut in South Korea on Educational Broadcasting System (EBS) on 3 September, Friday and will air every Friday at 8.30am with encore episodes on Sunday at 10am. 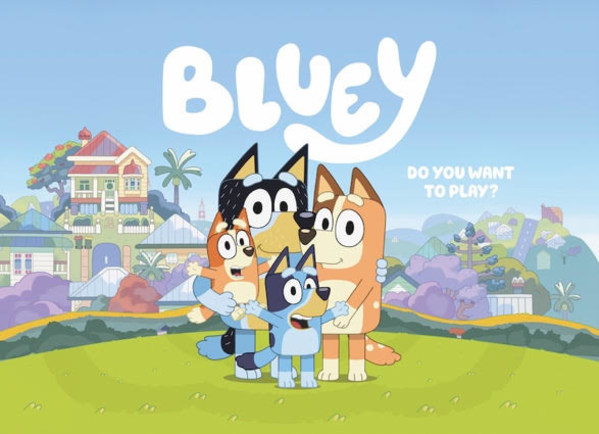 Produced by multi Emmy® award-winning Ludo Studio and co-commissioned by BBC Studios and ABC Children’s, Bluey is a multi-award-winning series that follows a lovable and inexhaustible six-year-old Blue Heeler dog who lives with her dad (Bandit), mum (Chilli) and four-year-old sister (Bingo), and who loves to play and turn everyday family life into extraordinary adventures.

Aimed at pre-school children and their parents, the series champions the importance of unstructured play for enhancing children’s creativity. Bluey is widely acclaimed for its refreshing take on parenthood, depicting the reality of a modern, every day family and celebrating the joyful simplicity found in family life, role play, and imagination.

Henrietta Hurford-Jones, Executive Producer for Bluey and Director of Children’s Content at BBC Studios says: “Filled with heart and humour, Bluey is fast becoming a favourite show embraced by children and parents globally. I’m delighted to see the show extend its reach to a wider audience through the free-to-air platform EBS, and I’m confident that its warmth and authenticity will win over the hearts of families in South Korea.”

Bluey has scooped up multiple awards, such as the International Emmy ® Kids Award in the prestigious Preschool Category in 2020, and its second AACTA Awards for Best Children’s Program that same year. The accolades continue in 2021, with Bluey winning four Kidscreen Awards in February.

In its home market of Australia, Bluey is the #1 show on ABC’s iView generating over 480 million plays across Series 1 and 2 since its launch in 2018[1].  Distributed by BBC Studios outside of Australia and New Zealand, Bluey is fast becoming a global hit. In the U.S., across Disney Junior and Disney Channel in Q1 2021, Bluey was the #3 most watched TV series with kids ages 2-5. [2] It also recently made its free-to-air debut on CBeebies in the UK and was the most-viewed show on the channel in June. [3]

The introduction of Bluey onto EBS, a media brand and platform trusted by Korean parents, it further establishes the strength of BBC Studios not only as a content distributor of multiple genres but also a content curator for scripted adaptation in South Korea where successful BBC Studios format titles include The World Of The Married which was the country’s highest-rated drama in cable TV history, Criminal Justice, Less Than Evil and The Split.

Bluey launches on EBS starting 3 September, every Friday at 8.30am with encore episodes on Sunday at 10am.

Images can be downloaded here: https://www.dropbox.com/sh/gkrcd853ar7ka55/AABEW2JLDX0GTicihVj-f8AFa?dl=0
Screeners along with high-res images are available upon request.

BBC Studios, a global content company with British creativity at its heart, is a commercial subsidiary of the BBC Group and BBC Studios APAC covers Australia, New Zealand, Greater China and the Asia region.  Operating from six offices, with its main bases in Sydney, Beijing and Singapore, BBC Studios APAC comprises of Content Sales and Co-productions, Branded Services, Production, Format Sales, Consumer Products and Live Events.  The BBC Studios business in Asia sells content to digital and linear platforms, with some significant pre-sales to major broadcasters.  Our channels, BBC Earth, BBC Lifestyle and CBeebies, are available in 15 markets; BBC First is available as a VOD service in Singapore, Malaysia, Mainland China, Taiwan and Hong Kong; branded blocks feature on third party channels; while the BBC’s own SVOD service BBC Player offers curated content from BBC global brands in Singapore and Malaysia, including BBC Brit exclusively. In India, the production arm produces local versions of BBC hit shows, as well as licensing formats to third parties across Asia.   The business has forged strategic JV relationships, including with Sony India for Sony BBC Earth channel and Tencent in China for BBC Earth Tribe, and has a range of partnerships for consumer products and ancillaries.

Ludo Studio is a multi Emmy® and Logie award winning Australian studio that creates and produces original scripted drama, animation and digital stories that are authored by incredible local talent,distributed globally and loved by audiences everywhere.

A journey with recovery: how I dealt with trauma after becoming sober

5 best practices for therapists to maintain boundaries with their clients

Your HelloGiggles horoscope, April 21st to April 27th: Hustle energy is in the air