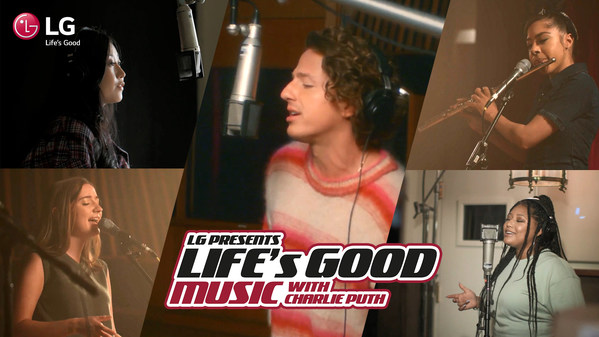 The exuberant, life-affirming tune and rousing video are the highly-anticipated outcome of the company’s Life’s Good Music Project, part of LG’s 2021 Life’s Good campaign which launched in May this year. The Music Project was created to give aspiring musical talent around the globe the opportunity to share their unique voices, and received a total of 1,092 total entries representing 36 nations during the submission period. LG’s collaborative initiative also struck a chord with audiences worldwide, with related posts on social media garnering more than 68 million total views. 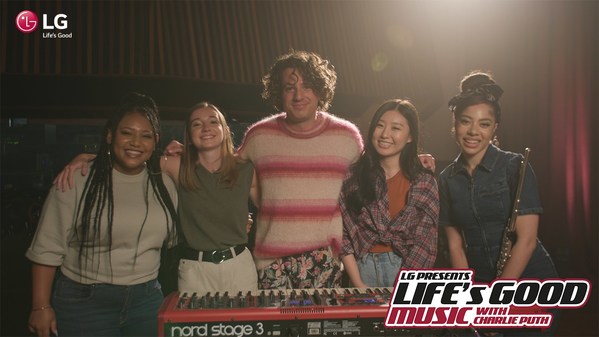 After their virtual meetup, Puth and the four young Music Project winners started working together on their melodic message of hope and positivity. Guided by Puth’s creative vision, each member of the talented team shines on the final recording, contributing to a heartful harmony that inspires gratitude for what we have today, and joy and optimism for what the future holds.

“As the song’s lyrics go, ‘sometimes you’ve just got to pick yourself back up’,” said Sade Whittier. “Taking part in LG’s project, I learned that anything’s achievable if you keep going, and I hope the young dreamers out there will think so too when they listen to the final song.”

“Meeting and collaborating with artists from around the world was an amazing experience and I was so impressed with all of their talent,” remarked Puth. “The song we created together is really wonderful and I can’t wait for everyone to hear it.”

The Life’s Good Song and its timely message of hopefulness will also be coming to TikTok from September 6, to encourage the users to join LG’s global positivity movement. Anyone can take part by posting a video of themselves dancing along to the catchy, new track and using the hashtag #LifeisGoodDance.

LG Electronics is a global innovator in technology and consumer electronics with a presence in almost every country and an international workforce of more than 75,000. LG’s four companies – Home Appliance & Air Solution, Home Entertainment, Vehicle component Solutions and Business Solutions – combined for global sales of over USD 56 billion in 2020. LG is a leading manufacturer of consumer and commercial products ranging from TVs, home appliances, air solutions, monitors, service robots, automotive components and its premium LG SIGNATURE and intelligent LG ThinQ brands are familiar names world over. Visit www.LGnewsroom.com for the latest news.

At only 29 years old, Charlie Puth has proven to be one of industry’s most consistent hitmakers and sought-after collaborators. Puth has amassed eight multi-platinum singles, four GRAMMY nominations, two Billboard Music Awards, a Critic’s Choice Award, and a Golden Globe nomination. His 2018 GRAMMY-nominated LP, Voicenotes, was RIAA Certified Gold only four days after its release and has logged five billion streams worldwide. In 2020, Puth’s collaboration with Gabby Barrett on their “I Hope” Remix earned him his fourth top 10 track on the Billboard Hot 100 and hit number one on the Billboard “Adult Pop Songs” chart, and his summer smash, “Girlfriend,” garnered more than 95 million global streams.

PSA: Vera Bradley’s iconic cotton bags are 52% off on Amazon