GUIYANG, China, Sept. 15, 2021 /PRNewswire/ — Guian New District, the eighth national new area in China, has 15 large and super-large data centers in the pipeline or under construction, making it one of the regions with the largest number of super-large data centers in the world. In the near future, this cloud center surrounded by mountains will also give impetus to China’s project of processing the data from the country’s east in the country’s west to accelerate the development of digital China. 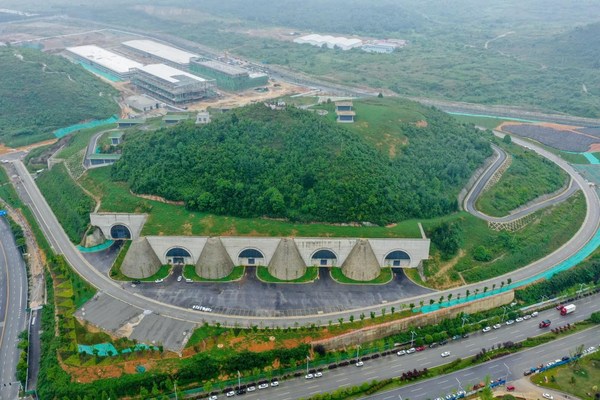 With the construction of a new batch of contracted projects, the investment scale of data center in the new district is expected to exceed 100 billion yuan by 2025, according to Guian New District’s big data development service center.

In the new district, with the clustered data centers have attracted many leading enterprises in software and information technology services such as Guizhou-Cloud Big Data and Huawei Cloud Computing. Various cloud services are being rolled out at a fast clip.

Statistics showed that in the first quarter of 2021, the software and information technology service industry in Guian New District raked in 2.43 billion yuan, with a year-on-year growth of 114.71 percent.

“Guian New District has become a strong magnetic field for the development of digital economy. At present, with Tencent Guian Seven Star Data Center as the center, 12 super-large data centers are planned within a radius of 4 kilometers and an area of no more than 50 square kilometers, which can carry more than 4 million servers. The average PUE value of data centers is below 1.4, and the average energy consumption of data centers basically reaches the international advanced level,” said Wang Jun, director with Guian New District’s big data development service center.

Focusing on the three strategic tasks, Guian New District has taken the development of big data as an important engine for leapfrogging growth. It has made advance layout, started data center construction, and focused on drawing a cloud computing blueprint.

In 2018, Guian New District was rated as the most suitable city and region for data center investment by China Data Center Industry Development Alliance. In May this year, the iCloud (Guian) data center jointly built by Guizhou-Cloud Big Data and Apple Inc. was officially put into operation.

The data center, which took two years to build, is the first data center in China that completely uses green and renewable energy. It has also obtained LEED Gold certification, a global recognition for green level.