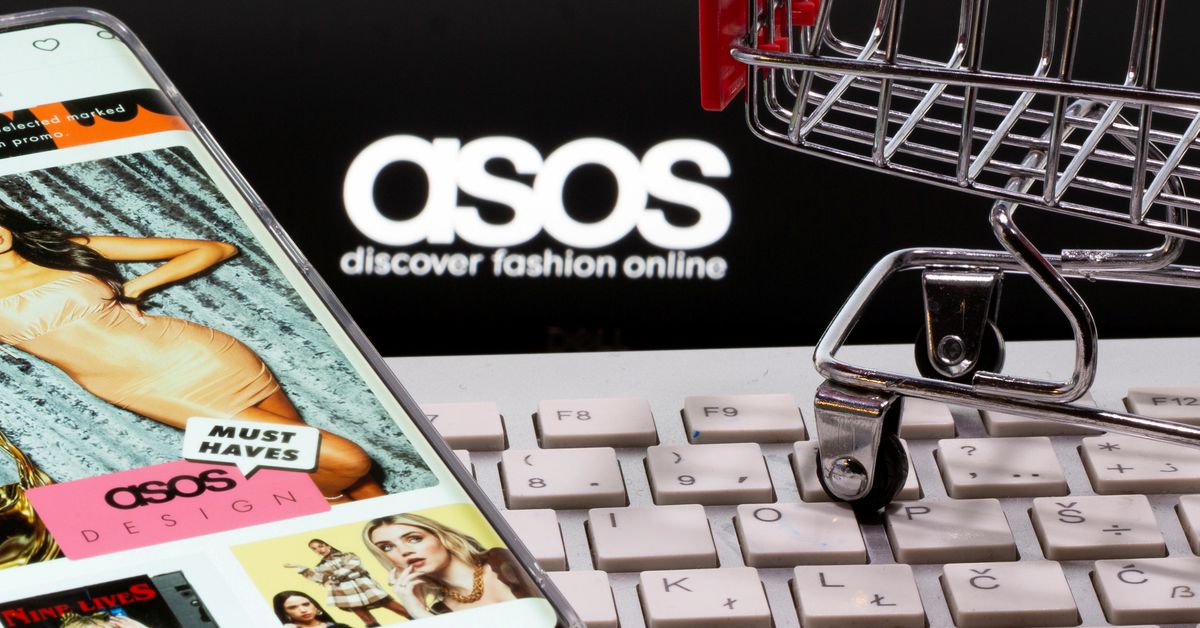 FILE PHOTO: A smartphone with the ASOS app and a keyboard and shopping cart are seen in front of a displayed ASOS logo in this illustration picture taken October 13, 2020. REUTERS/Dado Ruvic/Illustration/File Photo

Joining a growing list of fast-fashion companies to open up its supply chain for external scrutiny, ASOS set out targets for improving recycling rates, cutting energy usage and increasing the diversity of its corporate leaders.

Like Primark which produced a similar plan on Wednesday, ASOS must overhaul operations in Asia, Europe, the United States and elsewhere without threatening the ultra-low prices or rapid delivery times that have won over an army of young shoppers.

The new mission statements follow calls from shareholders, governments and socially aware customers for companies to identify their environmental impact and then cut the use of water and chemicals, and reduce the millions of tonnes of throw-away clothing that end up in landfill.

“The responsibility for a sustainable future lies with all of us and businesses must lead the way,” CEO Nick Beighton said, adding that ASOS needed to work with other brands, civil society organisations and governments to deliver change.

Under the plan ASOS aims to achieve net zero status across all its operations and be making own-brand products and packaging from more sustainable or recycled materials by 2030.

It will also seek to improve human rights within its supply chain by producing an annual report from 2023 that addresses such issues as wages, modern slavery and gender empowerment, to be assessed by independent campaign groups.

The fast-fashion industry, which has been turbocharged by online ordering and instant delivery, has come under fire for causing an estimated 10% of all greenhouse gas emissions.

Worker conditions in the textile industry have also come under the spotlight since the 2013 collapse of the Rana Plaza building in Bangladesh that killed more than 1,000 workers.

Many environmental campaigners are sceptical about green pledges from major brands, believing they do not fit with a sector that churns out items for little more than a few pounds. ASOS sells over 85,000 products in 200 markets.

But Beighton said he remained proud of the industry, because it brings people confidence and joy, and it employed millions.

ASOS, which launched an original plan in 2010, said that while the updated programme could lead to modest increases in costs it was confident that technology would offset this.

From 2022, progress against the goals will form part of the executive team’s objectives, alongside the wider business performance, influencing their remuneration.

The Best of Paris Fashion Week Menswear 2022 – The Market Herald

Moms are bearing the brunt of childcare during the Coronavirus—and it’s time to discuss...

All I want for Christmas is to not get in a screaming match with...

How to Save Money While You’re Paying Off Debt