SHENZHEN, China, Sept. 22, 2021 /PRNewswire/ — From August 27 to 29, 2021, a “street culture festival” was held on Shenzhen Festival Avenue. Full of “street stars”, “street creativity” and “street interactions”, it was a feast of street culture. The festival presented numerous street elements for citizens and tourists, including live band performances by Losing Control and Wasted Laika, street DJ shows by Roc, JR Fog, Chen Xin and many other artists, dazzling skateboarding shows by professional skateboarders, as well as retro Disco music and street graffiti. Demonstrating the characteristics of Reform and Opening-up, this carnival added to the vitality and passion of the district and the city. 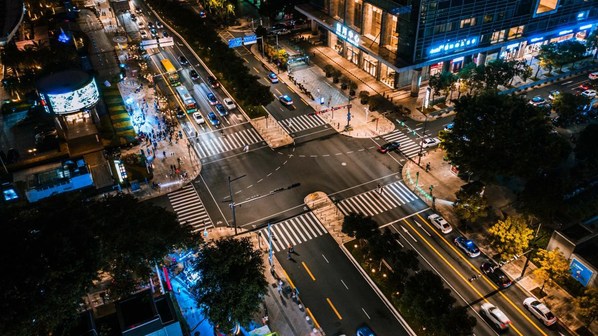 As a landmark created under great efforts of the CPC committee and government of Futian District, Shenzhen Festival Avenue was officially put into service on August 27, 2021. Planned by IDG ASIA Accelerator, the project has gained support from Shenzhen International Investment & Promotion Association and been operated by Shenzhen Chuanghui Urban Space Operation & Management Co. Ltd. By connecting large commercial complexes in the CBD of Futian District and taking advantage of the pleasant cultural atmosphere of areas around Fumin Road, the avenue has built itself a space that is “dramatic”, “immersive” and “experiential”, and introduced elements of art, culture and exhibition. In this way, the local night-time economy and the influence of surrounding business areas have been promoted. Highlighting itself as a local project with international outlook and standards, the avenue integrated “street culture” into a business district in a creative way by introducing “street stars”, “street creativity” and “street interactions” to the CBD of Futian. With street culture and commercial complexes combined, the “street culture festival” is a “street carnival” with Shenzhen characteristics. The event not only enriched the leisure time of citizens, but also improve the quality of their cultural life, contributing to an increase of strength and vitality of the city.

As a way of passing on a widespread culture based on street activities, the street culture festival was not only a carnival but also a part of pop culture integrating fashion, art and music. It was also the reflection of the attitudes of Shenzhen’s young people to break rules and decide trends. Shenzhen Festival Avenue, as a symbol of youth and fashion in the city, is turning Fuhua Road as a highly international festival-themed area by celebrating different festivals on a frequent basis. The Shenzhen Music Week to be held this month, for example, will invite 22 groups of musicians to play the most popular music of summer. The 7-day event will give citizens a chance to closely enjoy live music. In addition to performances, the avenue also offers other theme events such as the Market Carnival in the following October, the Pioneer Art Festival in November and GLOW SHENZHEN 2021 in December. In the future, murder mystery games, musicals and other activities that are tailored to trendies will be available on the avenue. A rule-breaking place of fusion and innovation, Shenzhen Festival Avenue is right on its way to become an international landmark and super IP of Shenzhen.