BAISE, China, Sept. 27, 2021 /PRNewswire/ — On September 11, the Promotion Conference & Signing Ceremony of Guangxi Baise Key Development and Opening Pilot Zone was held in Nanning, on which, a total of 47 projects were signed with a total investment of RMB 31.2 billion. It has been one year since the Baise Key Development and Opening Pilot Zone was approved (hereinafter referred to as Baise Pilot Zone). Throughout the first year, Baise Pilot Zone has embraced a wider opening-up and deepened the economic and trade cooperation, stepping into the forefront of friendly relations between China and ASEAN, and playing a vital part in the construction of “the Belt and Road”, according to the Publicity Department of Baise City. 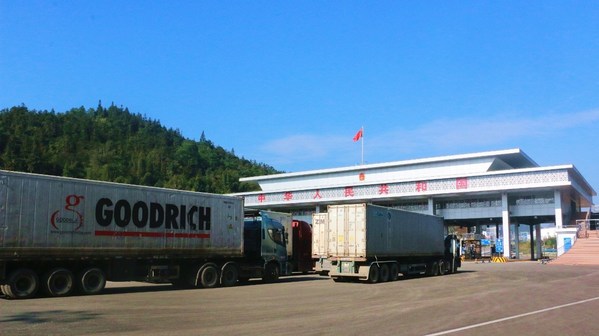 The frontier trade grows at a good momentum, whilst the transformation and upgrade of the border trade achieve initial success. Currently, Baise Pilot Zone has promoted the establishment of three processing parks, 19 processing projects of imported goods via border trade, and 20 border trade cooperatives, which has greatly stimulated the endogenous development of border trade. In 2020, facing the adverse situation caused by the outbreak of COVID-19, the frontier trade in Baise bucked the trend and increased, realizing the total import and export volume of RMB 4.7 billion, with a year-on-year growth of 59.5%. From January to July this year, the city reached RMB 23.829 billion for the export and import trade, with a year-on-year growth of 124%, ranking first in Guangxi in terms of the growth rate.

The responsible person of Jingxi Baocheng Food Co., Ltd. expressed: “The customs has taken a series of business model reforms, for example, through the reform that allows businessmen in frontier trade to transport imported goods directly to processing plants, our imported goods, such as fresh frozen shrimps, can be directly transported to the refrigerating chamber, which saves the cost and makes the customs clearance more efficient. Hence, the enterprises can operate efficiently and the dividends brought by reforms can benefit more businessmen in frontier trade.”

To provide convenient trade conditions for foreign tradesmen, Baise Pilot Zone has actively launched business models, such as “full export and full import + centralized application”, “one license for multiple orders + centralized application”, “two-step application”, and “advance application and checkpoint inspection” for the import and export on border highways. In addition, the business reforms, such as the “centralized” application of frontier trade and the policy that enables to directly transport goods to the processing plants, were implemented, which have greatly enhanced the foreign trade benefits and saved the time and cost of the consumers and merchants.

Meanwhile, Baise Pilot Zone has promoted public services, including “various matters in one system” and “one-stop services” and to realize the goal of “handling at a time”, made solid progress in developing major projects. The efficient government service has attracted the attention of many investors. According to the statistics, since Baise Pilot Zone has been approved, there have been 206 projects commenced with a total investment of RMB 198.8 billion, and 250 key projects reserved with a total investment of RMB 1.01 trillion.

Working from home made me depressed—then I got plants

There’s a full moon AND a lunar eclipse this week—here’s how they’ll affect your...