ALULA, Saudi Arabia, Sept. 28, 2021 /PRNewswire/ — The Royal Commission for AlUla (RCU) announces the birth of an Arabian leopard cub, offering hope for the revival of her critically endangered species.

The female cub was born on April 23. Her gender identification and first health check occurred on July 13. The cub is now one of 16 born in a captive-breeding programme at the Arabian Leopard Breeding Center in Taif, Saudi Arabia as part of a campaign to bring the animal back from near extinction. Her species numbers fewer than 200 in the wild after centuries of habitat loss and poaching. The International Union for Conservation of Nature (IUCN) says the species is “critically endangered,” which means it is considered to be facing an extremely high risk of extinction in the wild.

The leopard’s habitat, which formerly spanned the Arabian Peninsula and reached into the Levant, is now restricted to three countries: Saudi Arabia, Oman and Yemen. The breeding centre is operated by RCU, the agency regenerating a 22,561km swath of north-west Saudi Arabia as a global destination for natural and cultural heritage.

Motivation in Arabia to save the leopard is strong. For the region’s inhabitants the Arabian leopard – known in Arabic as An Nimr Al “Arabi“ ­– has long represented beauty, tranquillity, physical strength, fearlessness and freedom. The animal has occupied a special place in the imagination for millennia and is found in ancient rock art, stories and even everyday expressions.

For this reason the birth of the cub represents a gain for Saudi cultural heritage as well as natural heritage.

The species will eventually be reintroduced into the wilderness in the mountains of AlUla, by restoring the population through the breeding programme and the preparation of a suitable habitat in which the leopards can thrive. The campaign includes the following initiatives:

Dr Ahmed Almalki, Nature Reserves Director, said: “This birth is significant because it is one step further toward reviving the Arabian leopard. We believe that saving endangered species such as the Arabian Leopard is critical to the protection of our planet and the natural balance of our ecosystem. Our goal at RCU is nothing less than to restore the power of nature’s balance.”

The most well-known and recognised site in AlUla is Hegra, Saudi Arabia’s first UNESCO World Heritage Site. A 52-hectare ancient city, Hegra was the principal southern city of the Nabataean Kingdom and is comprised of nearly 100 well-preserved tombs with elaborate facades cut into sandstone outcrops. Current research suggests Hegra was the most southern outpost of the Romans after conquering the Nabataeans in 106 CE.

In addition to Hegra, AlUla is home to a series of fascinating historical and archaeological sites such as: an Old Town surrounded by an ancient oasis; Dadan, the capital of the Dadan and Lihyan Kingdoms, which is considered one of the most developed 1st-millennium BCE cities of the Arabian Peninsula; thousands of ancient rock art sites and inscriptions in Jabal Ikmah; and Hijaz Railway stations.

It is always AlUla / not Al-Ula.

About the Royal Commission for AlUla

The Royal Commission for AlUla (RCU) was established by royal decree in July 2017 to preserve and develop AlUla, a region of outstanding natural and cultural significance in north-west Saudi Arabia. RCU’s long-term plan outlines a responsible, sustainable, and sensitive approach to urban and economic development, that preserves the area’s natural and historic heritage, while establishing AlUla as a desirable location to live, work, and visit. This encompasses a broad range of initiatives across archaeology, tourism, culture, education, and the arts, reflecting a commitment to meeting the economic diversification, local community empowerment, and heritage preservation priorities of the Kingdom of Saudi Arabia’s Vision 2030 programme. 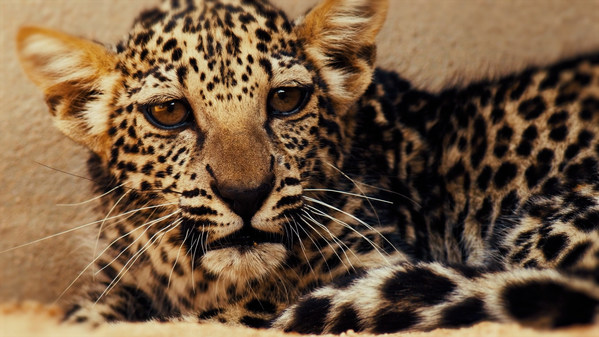 Lisa Turtle herself, Lark Voorhies, felt “slighted and hurt” after not being asked to...