600 years of Seoul’s cultural heritage and K-fashion Collaboration on the digital runway. 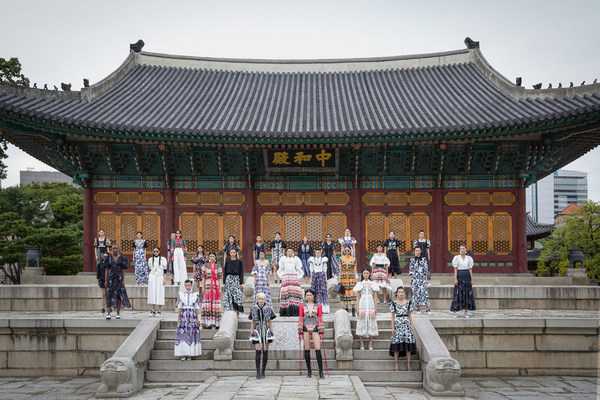 Through 37 digital fashion films, Seoul Fashion Week will draw attention by not only capturing the past, present, and future of Seoul’s cultural heritage, but also introducing designs that contain the value of environment and coexistence, such as upcycles and vegan fashion.

Backstage and behind-the-scenes videos, another interesting aspect of visiting Seoul Fashion Week, will also be released through TvnD and TikTok channels.

TikTok is conducting a challenge (fashion rookie) to take a video using the ‘fashion cutout MV’ effect or ‘dress code’ sticker from Oct 2 to celebrate ‘Seoul Fashion Week’. In addition, there is a ‘fashionista’ event that can be selected as a fashion hip talker if you upload 5 or more fashion videos during ‘Seoul Fashion Week’.

The synergy created by various spaces that show the past, present, and future of Seoul and K-fashion is an attention point attracting worldwide. With an active cooperation of the Cultural Heritage Administration, for the first time, the five major palaces in Seoul will be the stage for Fashion Week. Fashion designs that contain the values of ‘nature’, ‘environment’ and ‘coexistence’, which are global topics such as upcycled and vegan fashion, will also be introduced.

On October 7, Gyeongbokgung Palace, Seoul’s main royal palace, will begin with NOHANT’s fashion film, and on October 15, it will end with a fashion film by Vegan Tiger, Korea’s first vegan fashion brand.

In addition, Deoksugung Palace, which is set in harmony with tradition and modern times, Changdeokgung Palace, which stands out for the beauty of autumn, Unhyeongung Palace, as well as the digital runway filmed in old Daesun Flour Mill factory and Studios, creatively and uniquely directed urban sensibility and style.

The Seoul Metropolitan Government said, “The collection of representative designers will be presented to the world at the same time, set on the stage of 600 years of cultural heritage that embraces Seoul’s history, current dynamism and future potential.” We will promote the charm of Seoul and turn the competitiveness of the fashion industry into an opportunity to sell.”

“All That Glitters” Now Open at the UICA

Fashion In 3D: An Opportunity For Greater Innovation – Forbes

An Incomplete Guide to a Happier, Healthier You