BEIJING, Oct. 19, 2021 /PRNewswire/ — A commemorative event opened on Sunday in the city of Sanmenxia in central China’s Henan province, marking the 100th anniversary of the discovery of Yangshao culture and the birth of modern Chinese archaeology.

The year 2021 marks the 100-year anniversary of the birth of modern Chinese archaeology, which started with the discovery of the Yangshao Culture.

The Yangshao culture, which can be traced back to 4,900BC to 2,900BC, is a Neolithic culture that existed extensively along the Yellow River in China.

In 1921, the Swedish geologist Johan Gunnar Anderson and the Chinese archaeologist Yuan Fuli first excavated the Yangshao site, located in the Yangshao village, Mianchi county, in the city of Sanmenxia, hence the name the Yangshao Culture was given.

The event was jointly held by the Institute of Archaeology at the Chinese Academy of Social Sciences, the National Cultural Heritage Administration and the provincial government of Henan. 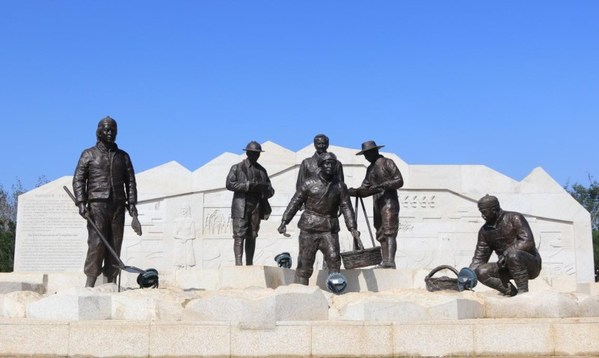 Photo shows a sculpture in the Yangshao Village National Archaeological Park in Yangshao village, Mianchi county, in the city of Sanmenxia in central China’s Henan province.

Lara Jean is torn between Peter and John in To All The Boys: P.S....

An investigation into the endurance of the pussybow blouse

This month, we’re exploring and facing our fears head-on