KUALA LUMPUR, Malaysia, Oct. 21, 2021 /PRNewswire/ — Thanks to the recent boom in the live streaming industry, a local Malaysian streamer finds his true love on Bigo Live Malaysia. This surprising and exciting journey of love has sparked the interest of Malaysian viewers across social media.

As the world made a move towards the virtual realm during the pandemic, live streaming has become more than just an entertainment option. Many young entrepreneurs and Internet users have taken advantage of this borderless medium to sell products, host online meetings, hold virtual weddings, organise online parties, and more.

Recently, local Malaysian influencer – Jajak Wadja shares with Bigo Live Malaysia how he got to meet his other half through the live streaming platform. 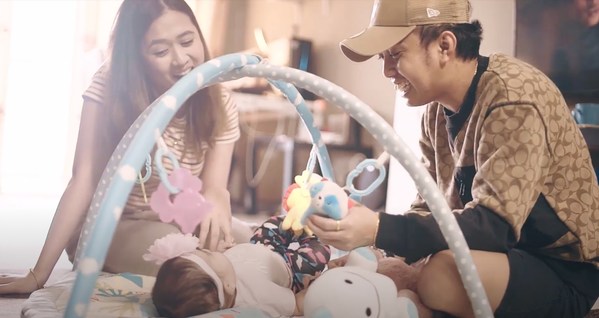 Being a 27-year-old man, he still gets asked the typical questions of marriage whenever he meets his family back at home.

“It is customary for Malays to be married, have a family, and have a stable career by the age of 30,” explains Jajak.

As much as Jajak believes that romance is sparked by fate, he still feels pressured by the traditional expectations of his elders.

“I’ve always been asked when I would bring home my other half or when I’m getting married.”

No matter how much Jajak explains to his elders, it is still a challenge trying to fight the stereotype of having a family by 30.

However, things took a turn for the better for Jajak in 2016.

His cousin introduced him to Bigo Live and he started off with the sole intention of making some extra pocket money for himself. As time went by, he met his eventual soulmate on the platform.

“I met my life partner Ila on Bigo Live. I still remember how she showered me with support by sending tonnes of comments in my live stream,” Jajak exclaims.

“Later on, I invited her to chat online and she agreed to it. That was when we started getting to know each other better.”

Jajak and Ila clicked well and it didn’t take them long to hit it off. They started exchanging contacts and what started to be a friendly relationship grew into a more intimate one.

“We had our first date in Kota Kinabalu. A year into our courtship, we decided that we were each other’s soulmate. For life,” Jajak shares.

Through fate and destiny, Jajak and Ila got married the following year.

When asked about their courtship and special memories they created together, Ila had this to share. “At first, I thought Jajak was a shy guy. It was not until later when I realised he was rather romantic. He would surprise me in ways I’d never think of and send me virtual gifts on my live stream!”

Jajak and Ila got married 3 years ago and are proud parents to a beautiful child. Anyone could feel the love exuberating from the happy family of 3 through the interview.

Ever since their story made it to social media, the video raked in 300k views on Bigo Live Malaysia’s Facebook page in less than a week, making it one of Bigo Live’s most viewed videos.

Urban Outfitters’ flash sale has hundreds of items for 50% off—but you have to...

Are You a Princess or a Pauper When It Comes to Credit?