HARBIN, China, Oct. 28, 2021 /PRNewswire/ — In 2021, China Tourism Academy released “Report on development of ice and snow tourism in China 2021″. Harbin was honored to be the top-rated city among “China Top 10 Ice and Snow Tourism Cities”. This report points out Harbin will step towards “World Famous City of Ice and Snow Tourism” in the future. Participating experts and scholars, representatives of cities of ice and snow tourism, culture and tourism related enterprises, experts and scholars hold discussions on site in Beijing on the subjects around “The Fourteenth Five-Year Plan” and high-quality development of ice and snow tourism.

Here are six must-have experiences when visitors come to Harbin. For those who have never been to Harbin, it would not be too far out to just tick the boxes on a list of its many attractions. And for those who are returning to the ice city people can expect to find yourself adding a few more boxes to that list! Here are six places travelers will want to add, and then check off as a great memory. Have hotpots in igloos at Harbin Ice-Snow World

At Harbin Ice-Snow World, travelers can not only see the world-famous architecture made of ice, but also have great fun!

Visitors can have hotpots at igloo restaurants, living for a time in the two different worlds of ice and fire; go down the world’s longest ice slide, laughing out loud; and join in the popular Ice and Snow Electronic Music Festival on New Year’s Eve, welcoming 2022. One can’t go to the Ice-Snow World without going to the Sun Island Snow Expo in Harbin. After all, one is for appreciating illuminated ice at night, and the other is for checking out snow in the daytime.

The Sun Island Snow Expo is the world’s largest snow sculpture art group. Travelers can play with the snow, as well as admire the sculpture artworks made of it! Tourists from the south will be stunned by the bright shine of snow in the sun; don’ t forget the sunglasses.

This is a good place to splash water and watch it turn into ice. Find a safe place with no one nearby, and be careful not to break your new sculptures.

In winter, Songhua River, Harbin’s mother river, presents a spectacular sight of “thousands of miles of ice” and turns into a natural big ice-skating rink.

The Songhua River in the freezing winter offers a broad vista, and when covered in snow is soft to even the stamp of winter boots. Try some ice activities. There is ice skating, snow tubing, spinning tops, and ice biking, as well as other exclusive pleasures of the northern winter. But make sure the ice is solid before trying some snow stomping.

Speeding down at Yabuli Ski Resort

One place that travelers shouldn’t miss when visiting Harbin is Yabuli Ski Resort, where people can ski down majestic snow-covered mountains.

Yabuli Sun Mountain Resort is surrounded by mountains and forests. The snow is thick and moderately hard. There are junior, middle and senior ski runs. Professional service providers are eager to improve the skiing ability and give visitors a lifetime’s experience.

Have a Modern Popsicle at snowy Central Street

How cold is the winter in Harbin? Popsicles can be bought on the streets without being stored in a refrigerator. The most popular brand is the sweet Modern popsicles. Visitors might feel like they are a child in Russia while walking along the lively Central Street looking at its exotic baroque architecture with a tasty Modern popsicle in hand.

Roasted sweet potatoes and sugar-coated fruits on sticks can also be bought on the streets; maybe try those before a popsicle.

There is also authentic Russian food such as red sausages, roasted cold noodles, scoops of fried pork, iron pot stew, chlebowy, hotpots, and barbecue that visitors won’t want to miss. Don’t hold yourself back, have more meat, and stay warm. 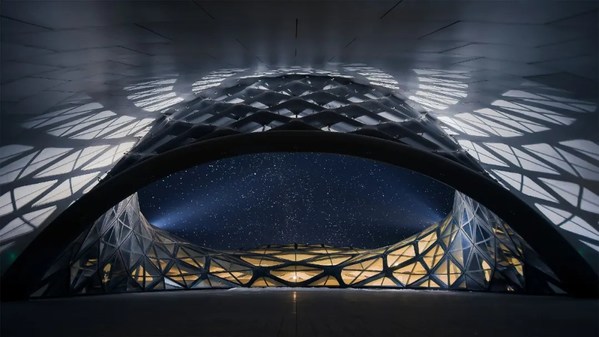 It could be easily overlooked by ordinary tourists, but it is worth an extra night in Harbin.

The winter is cold and the night is long, so why not go to the theatre? Northerners consider going to a play a romantic thing to do in winter. Harbin was listed by the United Nations as a ‘music city’ in 2010. The Harbin Grand Theater is where the artistic souls in the ice city defrost a little to share their spirit of art.

The awesome appearance of the theatre is in itself a sight worth seeing, and the theater often stages classics from around the world. With the coming of the ice and snow, the city’s performing season is also arriving. Agatha Christie’s “And Then There Were None”, Meng Jinghui’s “Rhino in Love”, and many more plays and concerts are coming soon… Remember to buy the tickets in advance.

Did your heart skip a beat when you read any of the above must-have experiences in Harbin? If you intend to come to Harbin sooner or later, then don’t wait, choose this winter. Whether a first-timer or a returnee, add all six of them to your personal list of ticked boxes so you can say you have not just visited Harbin, you’ve lived it.

I tried using vegan condoms. Here’s how they measured up

Zero, Zilch, Nada: A Beginner’s Guide to Doing Nothing

How to buy into self care without spending a single penny