MEXICO CITY, Nov. 8, 2021 /PRNewswire/ — Formula 1® returned to Mexico City after a two-year hiatus, and global title race partner Heineken® celebrated the return with a post-race performance from globally renowned DJ, songwriter and producer, Kygo. The exclusive set took place on the podium after the Heineken FORMULA 1 GRAN PREMIO DE LA CIUDAD DE MÉXICO 2021, looking out onto a packed Foro Sol, the spectacular sports and concert venue built in 1993 inside the Autódromo Hermanos Rodríguez. 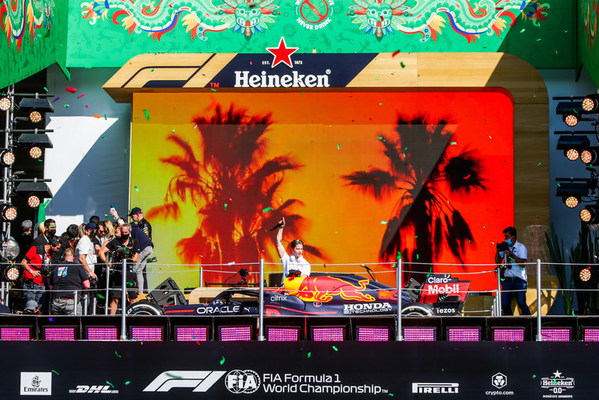 MEXICO CITY, MEXICO – NOVEMBER 07: Heineken®️ put on a unique performance with renowned Norwegian DJ, songwriter and producer Kygo on the podium during the F1 Grand Prix of Mexico at Autodromo Hermanos Rodriguez on November 07, 2021 in Mexico City, Mexico. (Photo by Peter Fox/Getty Images)

Following the racing action on the track that led to Max Verstappen’s thrilling victory, Kygo waved the checkered flag to mark the end of the race before taking to the podium to perform an hour-long set featuring his best hits for fans at the track and at home worldwide. The dynamic staging area, built into the celebration podium, created by Heineken®, featured artwork by local Mexican artist Lourdes Villagómez.

The stunning and colourful artwork from Villagómez depicts Quetzalcoatl, an ancient deity from Aztec culture whose name translates to “Feathered Serpent” and was the Aztec God of sun, wind, air and learning.

The stage was built specifically to house Kygo, Mexican singer Sofia Reyes and American singers Justin Jesso and Parson James, alongside a grand piano, DJ booth and eight violinists. The ensemble played to a lively crowd who were allowed on the track to celebrate the performance and F1® returning to Mexico.

Of performing at the Grand Prix, Kygo commented: “As a huge F1® fan, it’s a real privilege to be back in Mexico and performing at such an iconic race. The Foro Sol arena at the track, combined with the passion of the Mexican fans makes for an electric atmosphere. I wanted to do something that was worthy of the moment, to celebrate the race, but also people being able to come together again to enjoy live sport and music. It was special to collaborate with such a talented singer like Sofia Reyes in her home nation for this performance, plus combining orchestral elements with the violins and cellos. All of this added additional layers to the music and therefore more depth to the sound in order to create a performance that was truly unique.”

Fans at the race enjoyed the performance from the Foro Sol grandstands and on the track, while fans at home tuned into the livestream featured on EDM streaming service Beatport, F1 and Red Bull Racing Honda Facebook channels as well as Kygo’s own Facebook page. 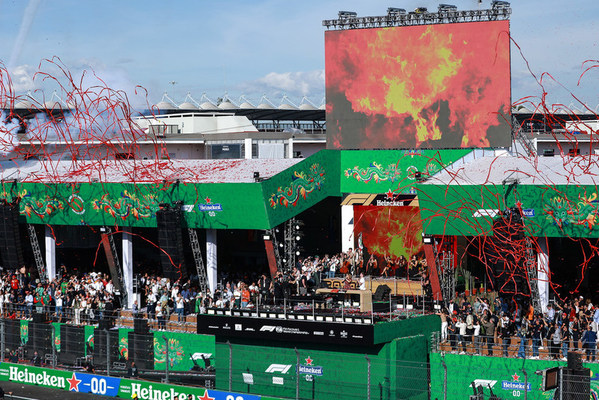 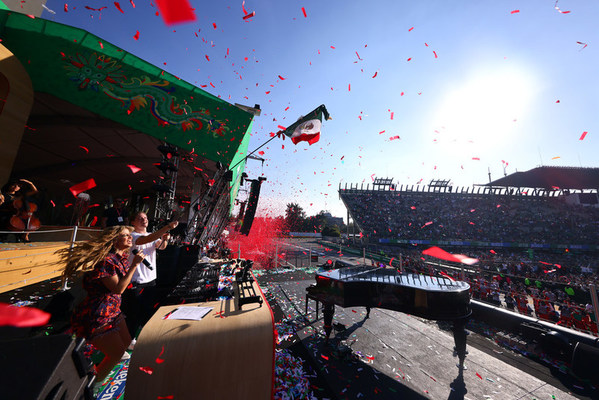 “I welcome very much the idea of Aspire Fellows Meet Other Sports,” said Arsene Wenger at Aspire Academy Global Summit

Five Things to do in West Michigan April 26-28

Get baby soft feet with this expert-recommended DIY foot scrub