SÃO PAULO, Nov. 12, 2021 /PRNewswire/ — Formula 1® returns to Sao Paulo this weekend, and global title race partner Heineken® is celebrating in spectacular fashion, bringing superstar DJs NERVO to Interlagos for a unique performance aboard a hot air balloon above the track. 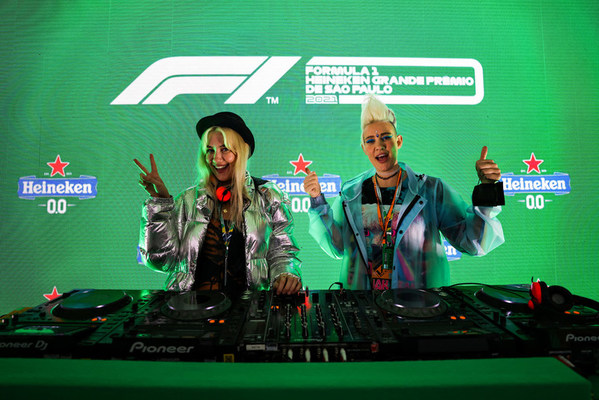 To kick-off the race weekend, Australian star DJ duo, and sisters, NERVO were joined by fellow Australian, music afficionado and McLaren driver Daniel Ricciardo at a launch event at Interlagos along with Brazilian Formula 1® legend Felipe Massa, David Coulthard and Sir Jackie Stewart. The event also featured an exclusive set by Brazilian DJs Cat Dealers, one of the biggest names in the international electronic scene.

On Sunday, NERVO will be taking the skies above the track to give fans at Interlagos an exclusive pre-race performance, providing the perfect setting for fans to enjoy their biggest hits in a socially distant, responsible manner.

Fans at home will be able to watch a stream of their performance, as well as the set from Cat Dealers, on Monday.

Looking ahead to their performance in the hot air balloon, NERVO commented: “We’ve played in some pretty unique locations around the world, but I don’t think anything compares to playing in a hot air balloon over the racetrack here in Sao Paulo, so we can’t wait! We loved meeting fellow Aussie and music lover Daniel Ricciardo today, and we hope everyone enjoys the show.”

McLaren driver Daniel Ricciardo commented: “”What an awesome way to start the race weekend – mixing my two favourite things together – F1® and music! McLaren and Brazil have always had a special connection, particularly at this track, so it feels right to be doing something special here. Having DJs from my homeland makes it all the more sweet!”

On the performance, Cat Dealers said: “In Brazil, we’re passionate about F1 and this race at Interlagos is a huge part of Brazilian culture. It’s one of the biggest and most iconic events in Brazil, so we’re honoured to have been invited by Heineken to perform in this unique setting.” 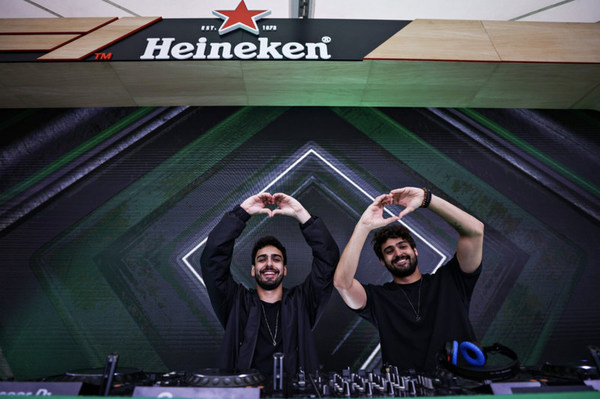 DouYu Announces Changes to its Board of Directors and Management

This man proposed in front of Prince Harry and Meghan Markle, and Meghan couldn’t...