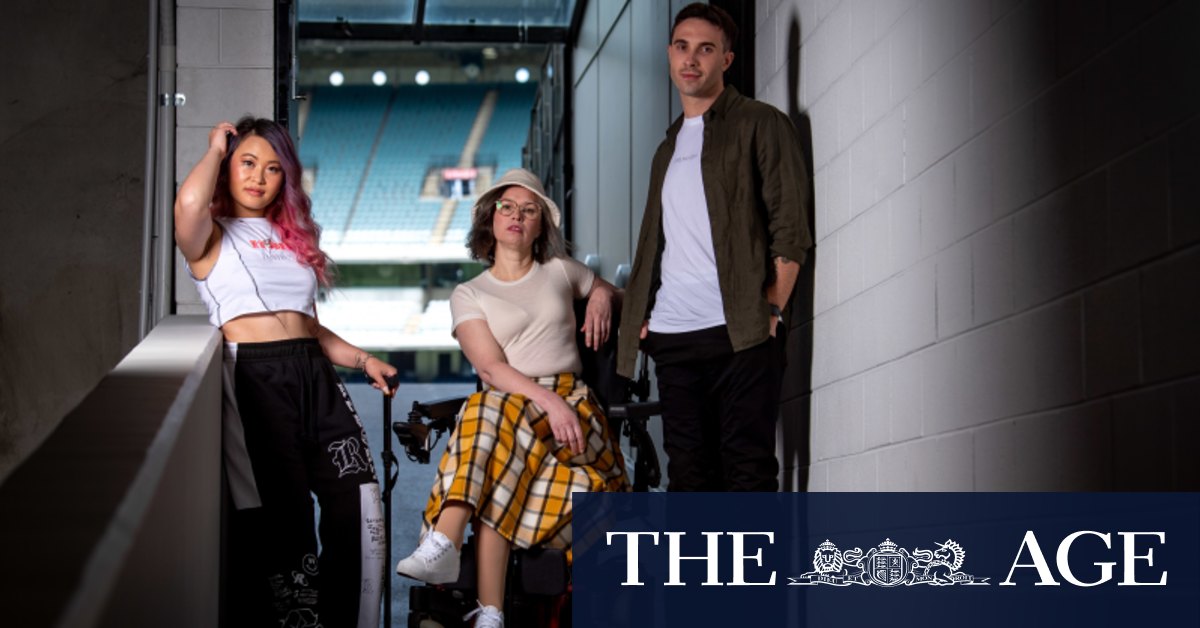 “Once we start to see that bigger picture, it recognises that disabled people are part of that community, that we love fashion, that we have these other skill sets,” she says.

“Having major events, we need to make sure we’re reflecting not just our ambitions to be inclusionary, but basically everybody should see who they are in among the models, the people behind the scenes and the fashions that are on display,” she says.

The event has worked closely this year with adaptive fashion label EveryHuman, which showcases more than 80 brands.

EveryHuman founder Matthew Skerritt says it’s no secret that there needs to be greater representation of different people, abilities, gender and race in fashion.

“The industry has done well at pushing different body shapes and sizes, but different abilities we haven’t got there yet,” he says. “Representation is one thing, but they need to make sure they are highlighting accessible design and that shows are accessible in the way they are viewed and represented.”

Skerritt says he gets nervous that the attempts of brands and labels to be more inclusive and diverse are just a one-off.

“It needs to be considered as a long-term thing and something that is a focus for the next 20 to 30 years,” he says.

From Oprah Winfrey to Jennifer Lawrence, here are the best life lessons celebs have...

Two experts share how often you should be washing your hair