“Anycubic is ready to paint the town red this holiday season,” said Lu Ouyang, the CEO of Anycubic. “Whether shopping for 3D printers, filament or resin, our team is geared up to deliver incredible savings. And by making even more of our Black Friday deals available via our overseas fast delivery services, we’re making it easier than ever for guests to purchase everything on their terms.” 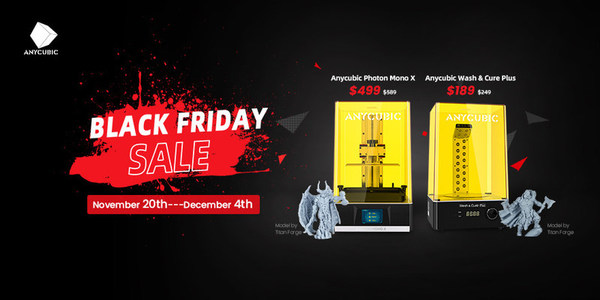 The Anycubic Mega-S boasts a 210 x 210 x 205 mm build volume, and it comes semi-assembled, a welcoming feature for beginners and makers who don’t want to start from the beginning. Mega Pro 3D printer is a two-in-one machine that can 3D print, and laser engrave. If you’ve ever dreamed of adding laser engraving to your toolshed and want to combine that purchase with a new 3D printer, the Mega Pro could be the best choice. The Anycubic Mega X is the largest printer in the Mega family. The print volume of 300 x 300 x 305 mm gives a respectable print volume. 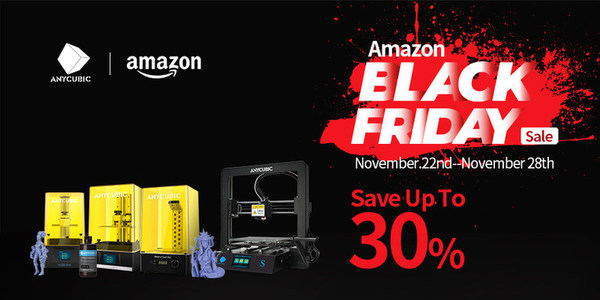 Photon Mono X features a large capacity print area and could produce a high-quality print. It is the best option for users to pursue great print details. The wash & Cure plus machine has more substantial cleaning power, thus could clean the models thoroughly. The new released Photon Mono 4K is also a good choice for the beginners because it offers fast print speed and highly detailed at a very affordable price. 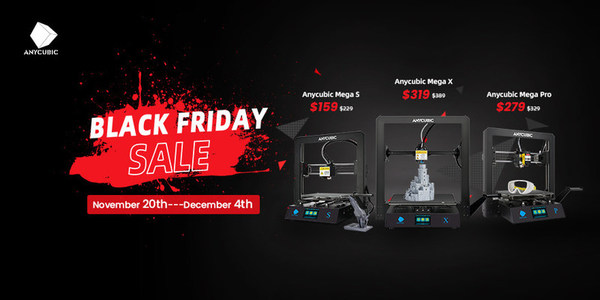 Anycubic is a leading company in the 3D printing industry that specializes in 3D printer R&D, manufacturing and sales, providing many affordable, high-performance and smart printers for different customers, consumers, hobbyists, schools and product designers. Since its establishment in 2015, we have been committed to propelling 3D printing technology to enable people from all walks of life to unleash their imagination and turn creativity into reality.

Your HelloGiggles horoscope, September 8th to 14th: You might be in your feelings more...

Meeting the half-sister I never knew existed didn’t go as planned, but it brought...

The Indifference to Being Alive