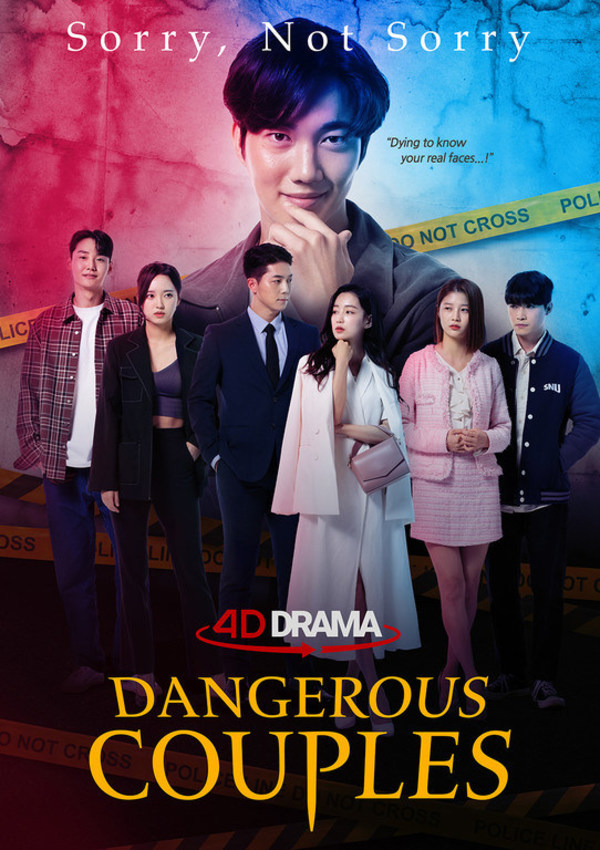 The 4D drama Dangerous Couples is a mystery romance that is drawing much attention for its application of 4DREPLAY’s 360-degree time slice video technology “4DReplay“. In the series, Mr. Lee, a homicide detective, investigates and solves the suspicious death of a lawyer from a famous law firm who is the fiancé of Cha EunJu, a successful handbag designer.

The attractive detective Lee HyungSik (Mr. Lee) is played by Park GeonIl from SUPERNOVA, a boy band that has been gaining a large following in Japan. The graceful handbag designer Cha EunJu, who captivates audiences with her overwhelming charisma, is played by Shin BoRa from the former girl band GUGUDAN. Actress Lim HyeonJoo is cast as Min SeoHye, a vain and snobby character with a strange, eye-catching beauty.

Previously, the 4DReplay video solution featured in the drama was mainly used for broadcasting sports games around the world. The solution is ideal for games because it is able to capture game highlights and then reorganizes and replays them in 360 degrees. The 4DReplay video solution has been used for broadcasting popular sports events such as the MLB, NBA, NHL, PGA, and UFC games, and it is also used in the sports education fields and entertainment industries of Korea, including for movies and dramas. Recently, the technology is also introduced to NCAA Football, receiving a positive response from global viewers.

In the five-episode drama Dangerous Couples, the 4DReplay technology is prominently featured in the scene of Cha EunJu’s hideout, which contains the most important clue to finding the criminal. Throughout this scene, the 4DReplay video solution creates vivid visual effects that viewers have not seen before in other dramas, helping them immerse themselves more fully in the onscreen events.

The CCO of 4DREPLAY, DJ Lee, who was the executive producer of the drama, said, “I am delighted to present the 4D drama Dangerous Couples. It was produced using the cutting-edge video technology 4DReplay, marking the first time that the technology has been applied to a Korean new media platform drama.” He added, “We hope mystery fans watch and really enjoy this drama.”

4DREPLAY (www.4dreplay.com) is a unique video-making company based in Silicon Valley, San Francisco. “4DReplay“, a bullet-time camera technology, and “4DLive“, a mobile-based, real-time, multi-view video streaming service, are being applied to sports, films, dramas, and music videos, for the fresh sense of realism they provide. These technologies are gaining recognition as some of the most innovative technologies of the Fourth Industrial Revolution, presenting a new immersive viewing experience to fans worldwide. As a leading global media firm with offices in United States, Korea and Japan, 4DREPLAY is continuing to grow through collaborations with professionals worldwide as well as based on its deep insight and pioneering spirit. Under the slogan “Creating Experiences”, the firm offers users cutting-edge video technologies.

Born2Global Centre (www.born2global.com) is a full-cycle service platform for global expansion. Since its inception in 2013, Born2Global has been setting the standard for a successful startup ecosystem as the main Korean government agency under the Ministry of Science and ICT. Born2Global has expanded and transformed startups to be engaged, equipped and connected with the global market.

The Powerful Act of Sharing Our Stories About Women’s Health