GUANGZHOU, China, Dec. 9, 2021 /PRNewswire/ — Fast fashion franchise brand XIMIVOGUE has further expanded its overseas market in Indonesia. Up to now, XIMIVOGUE has opened 6 stores in Indonesia within only a year, with a plan to open more in Surabaya in the future.

Over the past years, XIMIVOGUE seized the opportunities to enhance its brand awareness by opening global stores one by one.

XIMIVOGUE’s stores opened in Indonesia are good examples. Despite the impacts of the pandemic on the Indonesian market, such as lockdowns and quarantine, XIMIVOGUE rose the challenges and further developed its market in Indonesia by six stores now.

Having a great location is one of the important elements in attracting customers.

All of these stores are ideally located in the top shopping malls in Indonesia. They are competitive in customer proximity.

Let’s take the representative store that opened in Jakarta as an example. This new store is well-located in the most prestigious mall in Indonesia, which enjoys great customer flow and convenience. 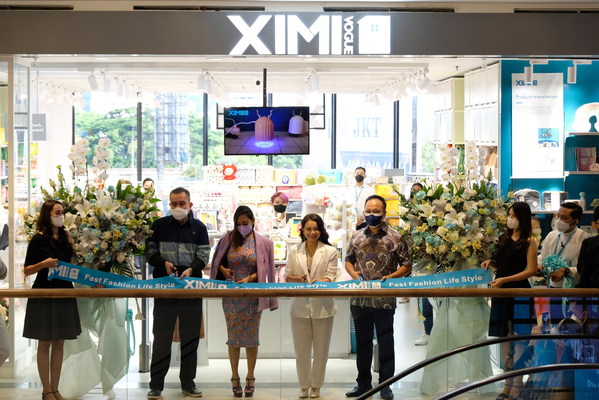 XIMIVOGUE’s popularity among consumers in Indonesia attributes to its friendly cooperation with Bernad Permadi, who expects a bright future for XIMIVOGUE in Indonesia.

“Doing business with XIMIVOGUE and building the brand in Indonesia means not only delivering happiness to consumers but also to XIMIVOGUE’s stakeholders, employees, management, media, and partners. Building the business in the pandemic era isn’t so easy, but since we love the products, we love to do this business,” said Bernad Permadi, the master franchisee of XIMIVOGUE in Indonesia.

“Our future planning, of course, is to give more services to customers, open new stores in another city and become a happy master franchisee for everyone in Indonesia“, said Bernad Permadi, who is satisfied with the overall sales performance.

How Hunter McGrady is taking care of her body and mental health during the...

9 gifts to give to your S.O. for Valentine’s Day, based on their Enneagram...