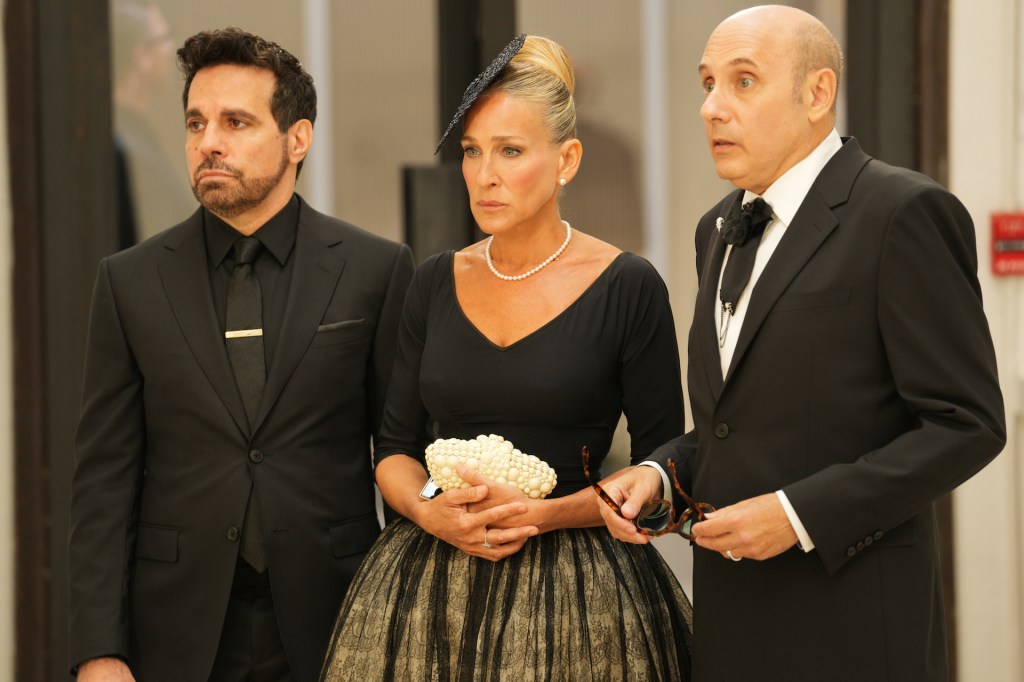 And just like that, “Sex and the City” is again having a huge influence on today’s fashion trends.

The beloved HBO series debuted its reboot, “And Just Like That,” on Thursday, with characters Carrie Bradshaw, Miranda Hobbes and Charlotte York coming back together to navigate their loves lives and friendships. With just two episodes out, the show has already had an impact on fashion and shopping searches.

According to Love the Sales, a fashion e-commerce aggregator, searches for several fashion brands and items skyrocketed after being featured in the show’s first episode. After the episode’s opening scene, searches for Dries van Noten increased by 1,150 percent in relation to the floral-print jacket that Bradshaw, played by Sarah Jessica Parker, wears. Bradshaw wore the jacket over a vintage Claude Montana linen jumpsuit, which caused searches for linen jumpsuits to increase by 500 percent.

Hobbes, who is played by Cynthia Nixon, also made an impact on searches, specifically with the Loewe balloon bag that she wears in the episode’s opening scene, which caused searches for the design house to jump by 168 percent.

Played by Kristin Davis, York also made an impression on viewers for her Go Silk pink rose-detailed blouse and Alexander McQueen white midi skirt. Searches for pink blouses increased by 223 percent and searches for white skirts increased by 294 percent.

One of the first episode’s biggest nods to the fashion of the original series and movies,  Bradshaw’s Manolo Blahnik “wedding shoes” caused searches for the footwear brand to jump 391 percent.

Aside from fashion, “And Just Like That” had an impact on Peloton, which saw its stock prices plunge following the premiere where the character Mr. Big, played by Chris Noth, has a heart attack and dies after completing his 1,000th at-home ride on the Peloton bike.

Love the Sales’ data did not include searches for Peloton, however, according to Google, “Mr. Big Peloton” was a breakout search following the episode.

A Breakdown of the Fashion in ‘And Just Like That’

The Things We Keep

Karl For Ever: celebrities and muses gather in Paris to pay tribute to legendary...

Free Mother and Daughter Coding Workshop Takes Place on May 18