BEKASI CITY, Indonesia, Dec. 13, 2021 /PRNewswire/ — On December 10, the inaugural phase of the Yili Indonesia Dairy Production Base(“Yili Indonesia Dairy”) was officially put into operation. As the first factory built by Yili Group in Southeast Asia, the production base mainly produces Joyday ice cream and other products. 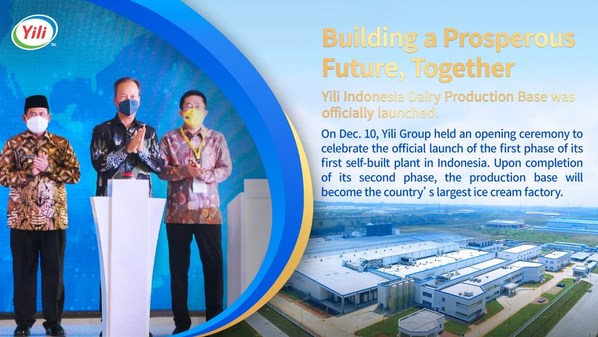 Upon completion of the two phases, the production base will become the largest ice cream plant in Indonesia, rolling out more than four million ice cream products every day. To ensure high levels of visibility and transparency, the site is open to the public whenever the factory is in full operation, and consumers can watch the whole production process as it unfolds.

Agus Gumiwang Kartasasmita, Minister of Industry in Indonesia, attended the ceremony and recognized Yili’s efforts to deliver more high-quality ice cream to local consumers by choosing Indonesia as the site to build such an advanced manufacturing base.

While it has only been three years since it hit shelves, Joyday ice cream has already been sold nationwide in Indonesia. In June 2021, Joyday was recognized with the 2021 Choice of Customers Brand Award Info Brand from one of Indonesia’s leading brand research institutions.

“Joyday’s sweet taste and icy texture are highly enjoyable, helping me to take a break from daily pressures and relax,” said a resident queuing up to buy Joyday in Jakarta.

There are many different flavors of Joyday, such as Joyday Vanilla Milkshake, Joyday Cool Blueberry, and, for cheese lovers, Joyday Crunchy Matcha Cheese which perfectly blends the delicious taste of matcha ice cream.

Regarding the raw ingredients, Joyday uses high-quality milk sources provided by the Oceania Dairy Production Base, quality chocolate from Switzerland, and raw and auxiliary materials procured by Yili Indonesia Dairy. 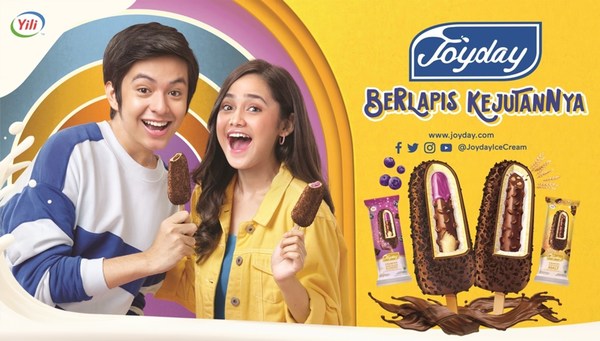 In Indonesia, Yili products have been very well-received by the public thanks to their high quality, appealing flavor, and attractive brand image, according to local media. Joyday products have also been exported to Singapore, Thailand, and Myanmar, among other countries.

To help provide Indonesian consumers with even higher quality services, Yili made the strategic decision to establish a production facility and innovation center targeting the Indonesian and the broader Southeast Asian markets.

As a platform designed to facilitate cooperation on innovation with universities and R&D institutions throughout the region, the Yili Southeast Asia Innovation Center will work together closely with Yili’s innovation centers spread across the world.

Efficiently pooling together global resources, Yili Indonesia Dairy will focus on optimizing its production, R&D, and market operations to ensure the creation of high-quality, personalized products.

She Means Business,She Must Have Passion: Founder of i understand Reflects on Using Passion...