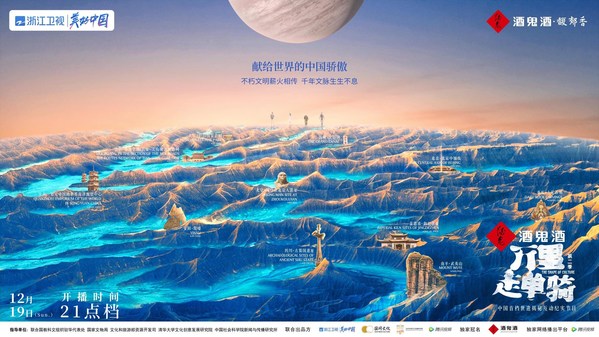 A poster previews the 12 world heritages in China in the second season of the Shape of Culture sponsored by Jiugui Liquor.

In this season, latest technologies such as drones and 3D animation are utilized to present the world heritage on the screen to help audience better understand followed the promotion on social media such as Weibo, Wechat and Tik Tok.

When it comes to culture promotion and inheritance, Jiugui Liquor, originated from central China’s Hunan Province, has always aspired to lead the trend in liquor culture as a pioneer since the enterprise started from scratch. It has also beefed up efforts in spreading and inheriting liquor culture in many ways over years.

This year, Jiugui Liquor promoted a tour exhibition activity as a showcase to spread liquor culture across China with Chinese National Geography, China’s most authoritative geographic magazine and conducted cooperation with each other to mull over promoting Hunan culture.

“Jiugui” literally means “drunkard” or “juice head” in mandarin Chinese, which represents a pursuit of freedom and a state of ease in west Hunan’s local culture.

The original link can be visited here: https://en.imsilkroad.com/p/325442.html

Is it ever okay to share makeup? Experts explain what’s okay to borrow and...