BANGKOK, Dec. 24, 2021 /PRNewswire/ — BIGO Live Thailand hosted their first live virtual Gala Awards ceremony to celebrate the achievements of their top livestream broadcasters. The virtual gala also made it possible for fans and viewers to witness the crowning achievement of the nation’s top broadcasters, and was also an opportunity for them to interact with each other. During the event, the launch of Bigo Live’s digital avatar was also announced as an inroad to the concept of “Metaverse”, opening up opportunities for broadcasters and viewers to experience an unique virtual interactive experience. In commemoration of Thailand’s first BIGO Live Gala Awards, a special performance was put together by “The Toys”, Thanwa Boonsoongnern, and “BIGO Girl”, BIGO Live’s first virtual doll. Using proprietary artificial intelligence, “BIGO Girl” was able to sing and dance in sync with “The Toys”, creating a unique hybrid human and virtual doll performance of “Lullaby, In winter, before the rain“. As a treat, Thailand’s favorite host celebrity, TopTap – Napat Chokejindachai, was the presenter for the event, making it truly a night of glitz and glamour. The winner of the “Annual Popular Star 2021” award, Patcharaporn Karnjanathamrongkul

As a cherry on top, BIGO Live Thailand’s top broadcasters, BABE Agency, Kit Kittichai, and Mint Woraphonphat were selected to perform a medley of “Santa Tell Me”, “The Love Song”, and “Crumbs and Sugar”; much to the delight and excitement of their fans. Other awardees were “BIGO Thailand Best Family 2021”, “BIGO Platinum Agency 2021”, “Annual Best Partner 2021”, “Annual New Star 2021”, “BIGO Talent Star 2021”, and “BIGO Creator Awards”. The “Annual Popular Star 2021” was awarded to Patcharaporn Karnjanathamrongkul with a total of 82,788 popular votes.

Zoey Le, the Country Manager of BIGO LIVE Thailand, shared at the opening of the ceremony, that the “Gala event was held to celebrate our notable livestream broadcasters and to appreciate our Thai BIGO Live fans. I am confident that this event will evolve into a hallmark annual event in the future.” She also spoke positively about the future, stating that, “As BIGO Live continues to grow, we aim to develop more exciting new functions for our fans and users. An indicator of such is the recently launched ‘Virtual Broadcaster‘, this new function is a step towards our mission to define the Metaverse for BIGO Live’s users and broadcasters across the globe.” 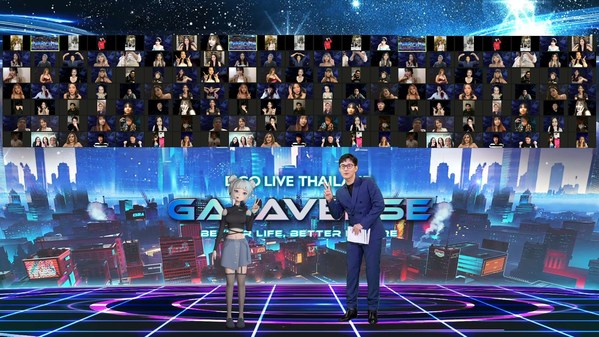 The ceremony was watched by more than 55,500 online views, including attendance from media and industry partners from One31, Workpoint, GMM Grammy, Nadao, CH7, HUAWEI, ShoppeePay, RAZER, Kapook, Sanook. Fans who have missed the event can catch event highlights at Siam Paragon and Terminal 21’s LED screens from 1st to 15th of January 2022.

BIGO Technology (BIGO) is one of the fastest-growing Singapore technology companies, with more than 30 offices and 6 R&D centres around the world. Powered by Artificial Intelligence technology, BIGO’s video-based products and services have gained immense popularity, with nearly 400 million monthly active users in more than 150 countries. These mainly include Bigo Live (livestreaming) and Likee (short-form video).

BIGO is dedicated to connecting the world and to enable everyone to share their beautiful moments. With a vision to be a content platform that inspires one billion people’s lives, BIGO aims to empower a new generation of users with an exciting new social language where they can showcase, discover and stay connected in a positive and creative online environment.

Visit www.bigo.sg for more information on BIGO’s brand and products.

This $59.99 Tommy Hilfiger backpack should be your next workwear staple

What is trending in today’s (2021) kitchen lighting?

Chrissy Teigen is convinced that this picture of Luna and Miles is actually just...