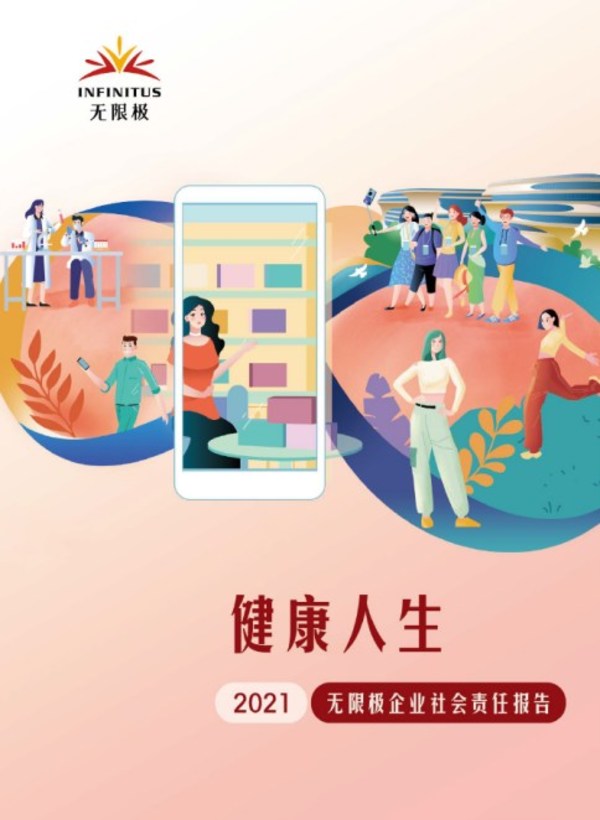 “In 2022, a year that marks the 30th anniversary of its founding, Infinitus plans to continue its commitment to improving public health as Lee Kum Kee’s 100-year heritage again makes a contribution to the development of the traditional Chinese medicine and healthcare sectors,” said Sammy Lee, chairman of Infinitus and LKK Health Products Group in the report.

Infinitus, a member of the health and wellness industry, has been a strong advocate of the Chinese wellness culture and has expressed their advocacy through collaborations with partners from a wide range of sectors, with a focus on health. With a dedication to promoting a healthy lifestyle through health maintenance, the firm has launched a variety of events that have enhanced public awareness of the importance of health and wellness.

In particular, Infinitus, in partnership with specialists in nutrition, hosted several events designed to spread knowledge on polysaccharide-based nutrition and health, with the aim of facilitating the development of healthy eating habits by helping all understand the content and efficacy of polysaccharides in different foods.

To communicate the concept of a healthy lifestyle to the public, Infinitus organized and participated in a series of events and forums (including the 5.20 Infinitus Social Responsibility Day) that have raised public awareness of the importance of health and wellness by promoting the Chinese wellness culture in a spirited and entertaining way that relates to everyday life.

Taking a strong stance on quality control in order to assure the creation of best in quality, healthy Chinese herbal products

Responsibility for quality is a key term in Infinitus’ 2021 CSR Report.

Based on the chosen locale meeting multiple conditions, including, most importantly, natural light, climate and soil, Infinitus has set up plantations for the cultivation of key raw materials throughout China, among them, Hanzhong, Shaanxi for the harvesting of Reishi, Yunfu, Guangdong for the production of Morinda officinalis, as well as Anqing and Lu’an, two locations in Anhui province where Poria cocos is grown. Notably, the firm has adopted a modern, standard and regulated approach to the management of Chinese herbs throughout the planting process for the purpose of ensuring the consistent quality of the raw materials.

To improve the quality of its science-based products, Infinitus established the Infinitus Global Research Centre in 2021. With a deep commitment to technological research and transformation in key areas. The center has facilitated the creation of a multi-party scientific research platform with Nobel Laureate Jules Hoffman, Cambridge University and the National Resource Center for Chinese Materia Medica, China Academy of Chinese Medical Sciences, in addition to several other well-known universities and authoritative scientific research institutions.

In 2021, Infinitus made breakthroughs in several key scientific research projects, including the Basic Research on Risk Assessment and Functional Evaluation of Health Foods. Most notably, the project entitled Key Technologies and Industrialization for Nutrition And Health-Oriented Subtropical Fruit and Vegetable Design and Processing, conducted and completed jointly with the Sericultural & Agri-Food Research Institute, Guangdong Academy of Agricultural Sciences and several other institutions, won the Second Prize of the National Scientific and Technological Progress Award.

By implementing its green development philosophy, Infinitus has helped protect land resources by recycling 100 per cent of Chinese medicinal herbal residues (CMHRs), and, by doing so, preventing some 4,100 tons of CMHRs from heading to the landfill.  In addition, the company increased the recycling of express packaging materials while reducing the use of cartons by 10,000 units last year. At the same time, the firm’s manufacturing facility in Xinhui, a district in Jiangmen city, Guangdong province, generated approximately 610,000 kWh of electricity from solar photovoltaic systems and reduced CO2 emissions by some 389 tons. These achievements demonstrated the firm’s ongoing efforts to contribute to the country’s carbon peak and neutrality goals by integrating its green, eco-friendly concept into the entire supply chain, including production, packaging and logistics.

In response to the Chinese government’s Sponge City infrastructure concept, a new urban construction model for flood management, Infinitus’ global headquarters Infinitus Plaza used building materials made of permeable concrete to allow rainwater to directly penetrate into the soil. Furthermore, the roof of the building comes equipped with rainwater recycling facilities that collect and recycle the precipitation for use in maintaining a green belt of vegetation in and around the headquarters. Notably, the complex includes an energy saving computer room that delivers an annual energy efficiency ratio of at least 5.0 and reduces electricity usage by approx. 40 per cent compared with computers rooms cooled by traditional means.

Based on this public service concept, also its core value Si Li Ji Ren(considering everyone’s interest before taking action), Infinitus fully leveraged the resources of firms involved in the health and wellness sector while actively participating in national and regional disaster relief programs, in addition to focusing on the healthy growth of teenagers and children in an effort to create value for both disadvantaged groups and remote communities.

In June 2021, Infinitus supported frontline workers in 24 Chinese street committees by providing them with 1.2 million yuan (approx. US$192,000) worth of antibacterial hand sanitizers and wash-free hand sanitizing gels at no cost. In July 2021, the firm donated 1 million yuan (approx. US$160,000) to the Red Cross Society of China Zhengzhou Branch, which was used to purchase emergency supplies for ensuring the personal safety of local residents affected by the flash flood.

As of December 2021, the foundation, as part of its Si Li Ji Ren Education Dream Support Program, funded the establishment of 42 classes throughout 30 Chinese provinces, municipalities and autonomous regions. The program had invested 25.845 million yuan (approx. US$4.1 million) in providing funding for 1,611 students, 1,112 of whom have since completed their studies.

Attorney Nikole Canute on Overcoming Fear and Giving Back