SEOUL, South Korea, Jan. 26, 2022 /PRNewswire/ — Pearl Abyss announced today that the new Solaris class is now available in Black Desert Mobile. This destructive new class brings with her a whole host of powerful new skills for Adventurers to enjoy, as well as various rewards to celebrate her arrival. 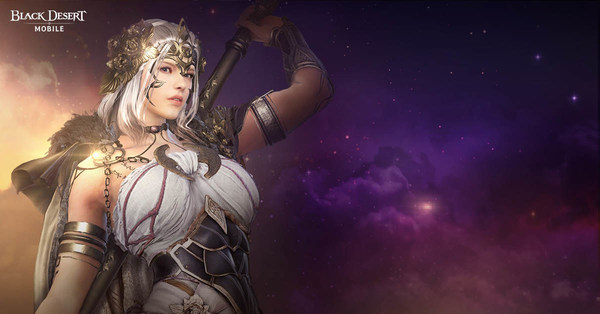 Awakening from the turmoil of forgotten memories, Solaris, the Keeper of the Holy Flame, keeps the gods at bay with the mighty Jordun, a massive blade possessing the power of the Ynix, the holy flame capable of consuming the very gods themselves.

Solaris’ sub-weapon is also born of this flame and armed with both she can use 12 powerful skills to immolate nearby foes and unleash powerful attacks to incapacitate all who stand before her.

To celebrate the Solaris update, a Solaris Level Up Event will take place until February 14. Adventurers who play the new class will earn helpful rewards such as a Primal Relic Selection Chest and 1000 Black Pearls depending on the level they reach with Solaris.

The Black Desert IP is Pearl Abyss’ open-world action MMORPG franchise with cutting-edge visuals and skill-based combat that redefines the genre. With the most developed character customization system of any game currently on the market, users can break out of the norm and make unique characters that truly represent themselves. Its intuitive controls, beautifully designed world, and extensive lore will excite both newcomers and veterans of MMO games and action RPGs. Pearl Abyss is currently servicing the Black Desert IP, which has gained 40 million players across the world on PC, mobile, and console.

Everything To Know About Day Three of Afterpay Australian Fashion Week – Harpers Bazaar...